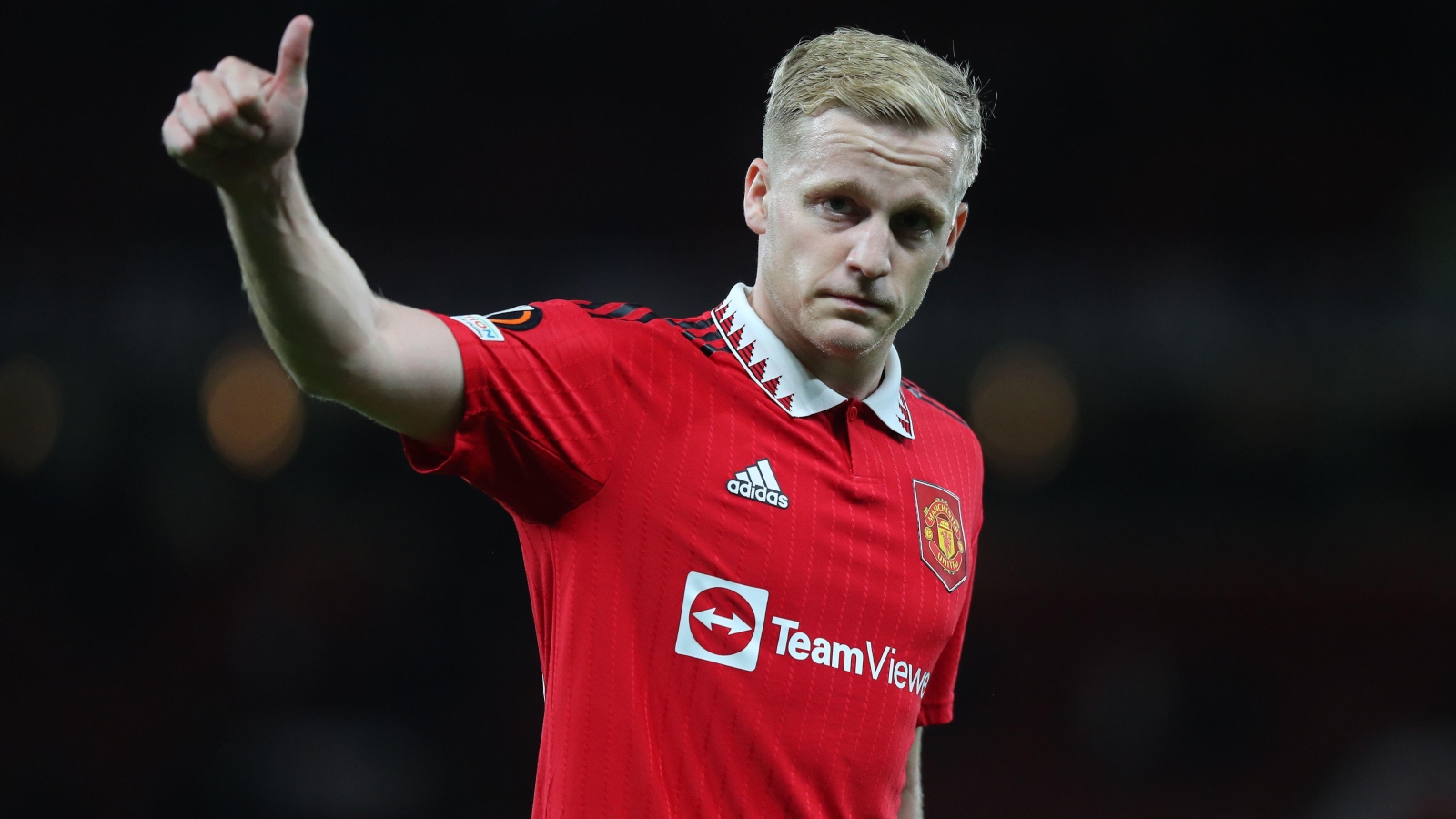 After two difficult seasons at Old Trafford, Van de Beek would have been happy to see his former Ajax boss Erik ten Hag walk through the door.

He is yet to start a match for the Red Devils this season, however.

Van de Beek came off the bench for Man Utd’s opening three league games of the season before picking up an injury after two appearances as an unused substitute.

The 25-year-old made his return off the bench against FC Sheriff in the Europa League last week.

He was once again an unused sub in the Premier League last weekend but is in contention to start against Real Sociedad on Thursday.

Man Utd need to win by two goals in Spain to top their Europa League group, so it would not be too surprising to see Van de Beek start on the bench.

Speaking to club media, Van de Beek has opened up on his injury struggles, but insists he is ready to fight for a place in the starting XI.

“To be injured is the most difficult thing for a player,” he said.

“You want to be on the pitch, around the guys in the stadium, feel the grass and, yeah, it’s a hard time if you are injured.

“I’m happy to be back and have to stay fit for a longer time and just try to help the team.

“I feel great, I feel good and what I’m saying is I just need to keep going and, if chances come, I have to take them.

“It [playing an attacking role] is also one of the points how I can maybe help the team, play in between the lines and make my runs with the ball, give some passes. I just do my best and have to stay fit and just help the team.”

Van de Beek is confident his side can go to Spain and do enough to top their Europa League group.

Should they finish second, Man Utd will be in Monday’s play-off draw, adding an extra two fixtures to their schedule next year.

“Yes, I think we have the qualities to do that,” Van de Beek replied when asked if Man Utd can win at Sociedad.

“So we have enough players in the squad who can score goals and also need clean defending because we can’t concede too many goals. So everything has to be good on Thursday.

“They have a good team as well but we do also. We have to show it on Thursday and put a lot of energy into the game and we also need clean defending and score two more goals than them.”

READ NOW: The art of the commentator isn’t dead; it’s their sidekicks that need silencing