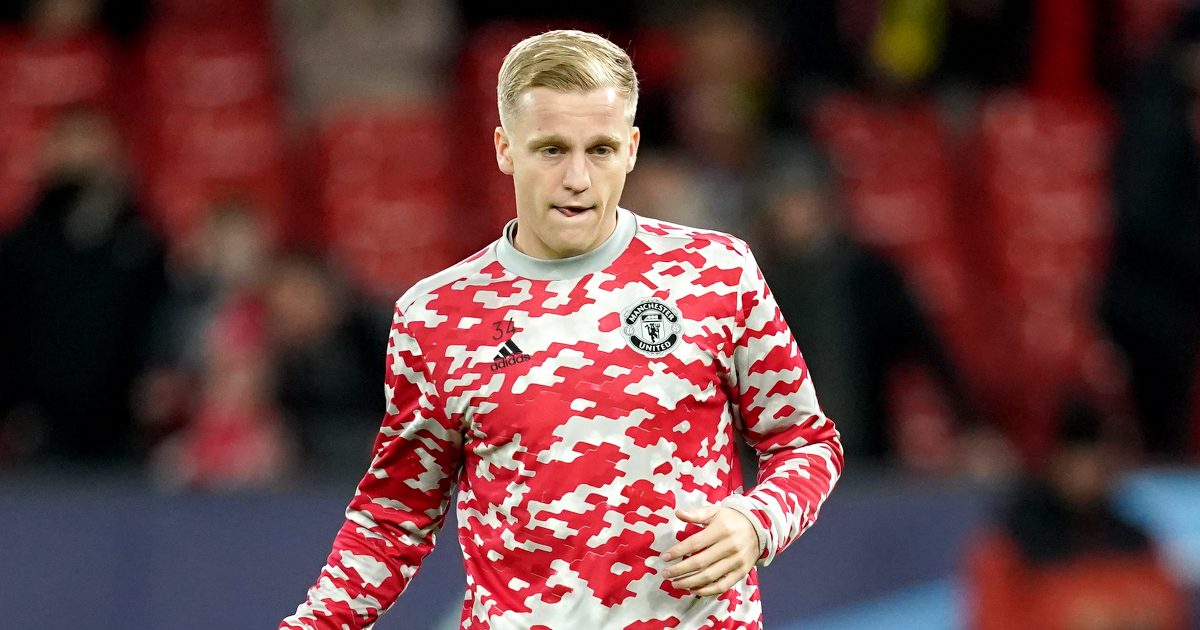 Man Utd outcast Donny van de Beek is “prepared to stay” this month but he still has “reservations” regarding his future, according to reports.

Van de Beek played just short of 200 times for the Dutch side and he won the Eredivisie title with them.

The midfielder struggled during his debut season as he only started 15 games across all competitions.

This has continued into 2021/22 as he is yet to start in the Premier League. His only appearance under Ralf Rangnick came as he was brought on for the final two minutes against Norwich last month.

“Well, just work hard,” Rangnick said when asked about how the Holland international can get into his side. “So far as I have got to know him he’s got a top mentality. He works hard in every training session.

“I also had a longer conversation with him last week about that and, again, of course it’s difficult for him right now because he also wants to play for the Dutch national team.

“He wants to qualify for himself and play in the World Cup in Qatar. In order to do that he needs to get game time here.

“But I still believe that we should keep him, that he should stay here. Definitely until the end of this season and try to get as much game time as he possibly can.”

Despite this, ESPN are reporting that Van de Beek will still “assess his options” this month. He is said to be “prepared to stay” but he has “reservations” regarding his United future.

Elsewhere, Rangnick suffered his first loss as Man Utd boss on Monday night. They were beaten 1-0 by Wolves.

The German said post-match that he was “very disappointed” with his side’s performance.