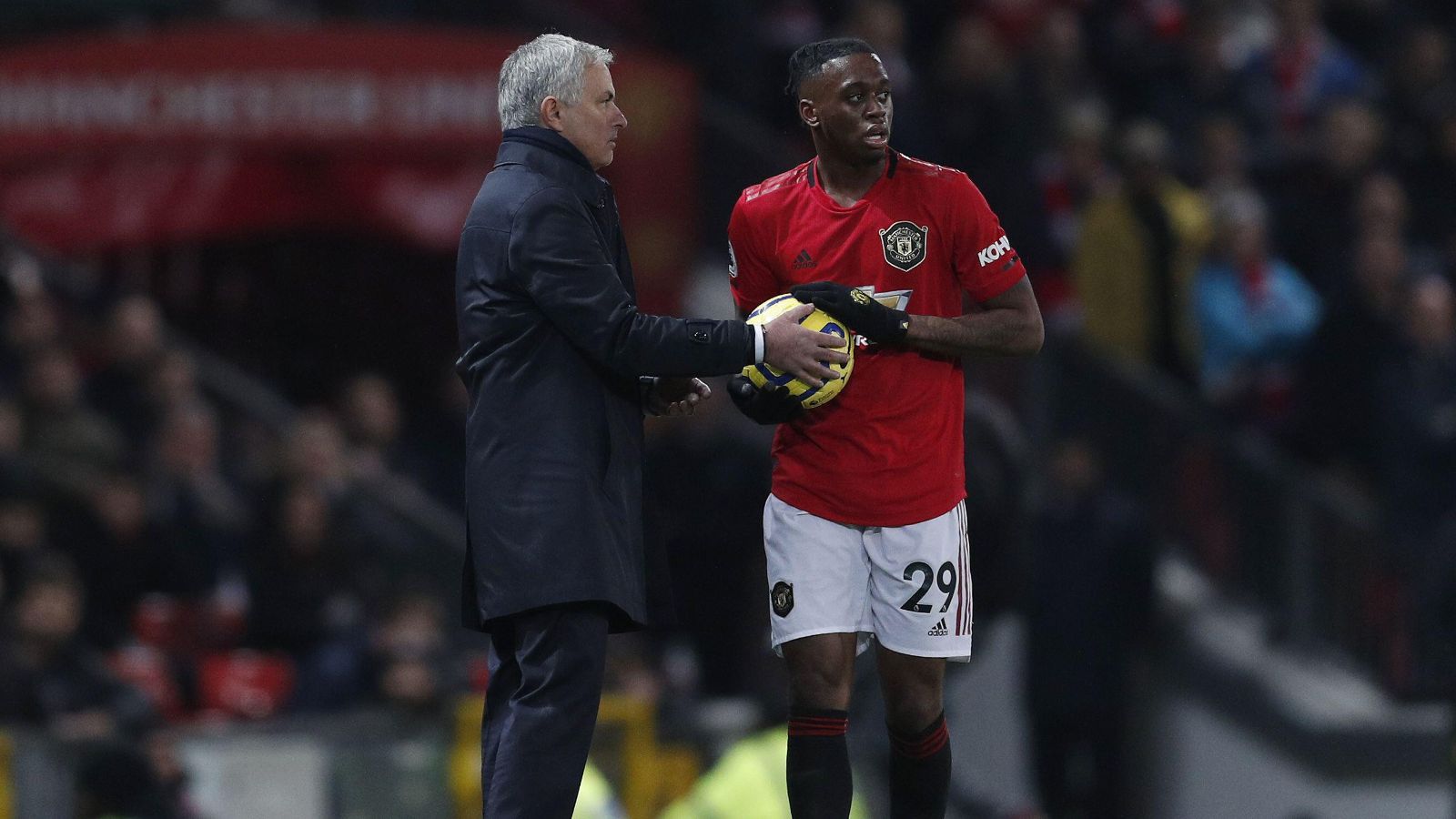 Man Utd defender Aaron Wan-Bissaka has been tipped to join Jose Mourinho’s Roma this summer as he “suits an Italian style”.

The right-back made the move to Man Utd ahead of the 2019/20 campaign. He joined them from Crystal Palace for around £50m.

Wan-Bissaka was a key player during his first two seasons but he fell down the pecking order in 2021/22.

The 24-year-old only started two of United’s last ten Premier League games before the season finalised.

His last start in the league for Man Utd came as they were beaten 4-0 by Liverpool at Anfield.

Erik ten Hag is their new manager. It was revealed earlier this month that Wan-Bissaka is ‘not featuring’ in the Dutchman’s plans.

Former Premier League striker Noel Whelan has claimed that Wan-Bissaka is too “defensively-minded” to play for Liverpool, Man City or Tottenham:

“I think he suits an Italian style because he is very defensively minded.

“Other than that, I don’t know. You are looking at the middle of the Premier League table.

“I don’t think he will go to you Liverpool or Man City or Tottenham. Conte wants an attacking full-back and he isn’t that.

“I think that’s the issue and why he might struggle to find a club.”

Elsewhere, according to reports, Chelsea midfielder N’Golo Kante is ‘being considered’ by Man Utd with him being ‘made available for a reduced price’ this summer.

The midfielder has helped Chelsea win the Premier League, Champions League, Europa League and FA Cup. He was also a key player for France as they lifted the World Cup in 2018.

Kante featured less for Chelsea in 2021/22 as he was impacted by injuries. His contract is due to expire in 2023.

The Athletic are reporting that Man Utd are ‘prioritising centre-midfield’ this summer and ‘two additions are on the agenda’.

It is said that Kante is ‘being considered’ by the hierarchy at United. Thomas Tuchel is understood to be keen to ‘freshen up his midfield’.

The report adds that Kante is ‘expected to be made available for a reduced price due to his contract expiring in 12 months’.