Home All The News Man Utd owners rule out Poch, assure Ole that his job is safe 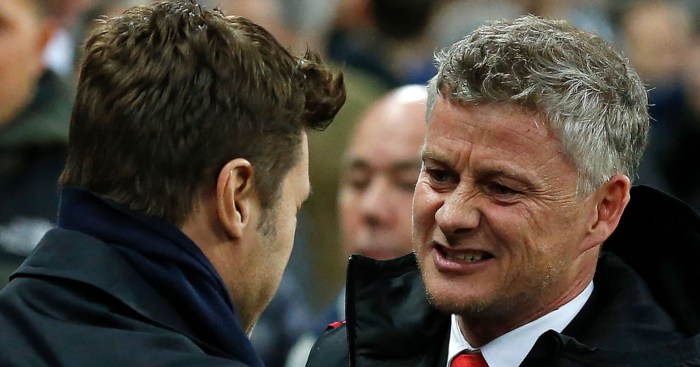 The Glazer family have told Ole Gunnar Solskjaer that his job as Manchester United boss is safe, according to reports.

Solskjaer alleviated the pressure on his position with victories over Tottenham and Manchester City in the space of three days last week.

And the Daily Mail claims that Solskjaer ‘has been assured by the Glazer family that they are fully behind him’ with Joel Glazer speaking to the Norwegian over the owners’ ‘belief in his plans for the club’.

Solskjaer retains their ‘full support’ with the Glazers recognising that he ‘needs time to rebuild a squad the way he wants’.

Pochettino has been heavily linked with a move to United after his sacking at Tottenham – but the Daily Mail add that United ‘WON’T be going for Mauricio Pochettino’.

Despite the recent optimism surrounding Man Utd, former Crystal Palace chairman Simon Jordan is still “unconvinced” by Solskjaer, who has taken United up to 5th after 16 games.

“People are jumping on the bandwagon of all of a sudden United are doing well because they’ve beaten Tottenham and Man City,” Jordan told talkSPORT.

“I get the feeling there’s an element of being galvanized in that they know they get a lot of criticism, they know Solskjaer is getting a lot of observations made about him and the players are obviously responding to him.

“I remain unconvinced. I think form is temporary, class is permanent and I don’t think Ole Gunnar Solskjaer has the class to be Man United manager.”