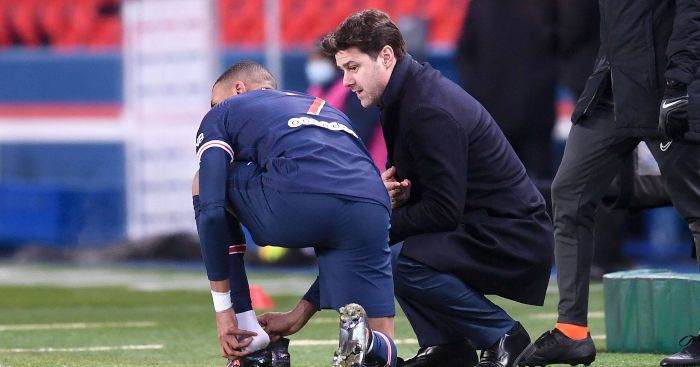 Pogba fueled speculation over his Old Trafford future in October by admitting playing for Real Madrid is his “dream”, before his agent Mino Raiola claimed his client’s career with United was “over”.

But the World Cup winner looks to have rediscovered some of his best form in recent weeks and Man Utd have a chance to go three points clear of current leaders Liverpool if they beat Burnley on Tuesday.

However, the Frenchman continues to be linked with a move away from Old Trafford with the latest rumours suggesting former Tottenham boss Pochettino wants him at PSG.

The Daily Mirror (via the Daily Express) claims that Man Utd will demand a £75m fee if they are to let Pogba join PSG in the summer.

Pochettino is said to be keen on Pogba with the Argentinean dreaming of playing the Man Utd star behind Neymar and Kylian Mbappe.

The finances of the French club means Pochettino is apparently confident of sealing a deal for Pogba ahead of the likes of Real Madrid and Juventus.