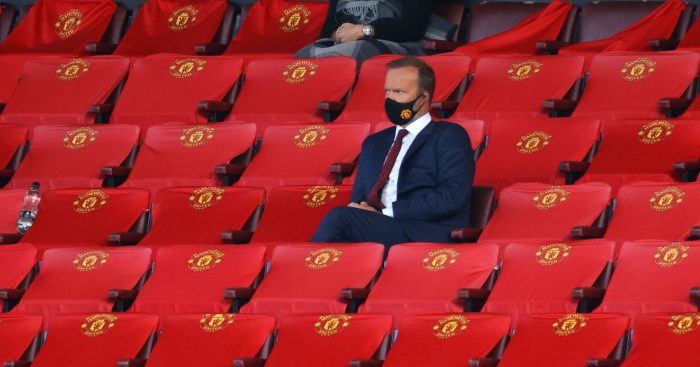 Paul Scholes thinks Man Utd legend Edwin van der Sar would be the “perfect” appointment as director of football to take a bit of “limelight” off Ed Woodward.

Executive vice-chairman Woodward has come under increasing pressure with Man Utd failing to hit the heights of their successful period under Sir Alex Ferguson, despite seven years of trying.

The Red Devils went into transfer deadline day with Donny van de Beek their only summer acquisition, before bringing in five on the final day of the window.

There have been critics of their signings after they failed to land their top target Jadon Sancho, with Borussia Dortmund’s demands proving too much.

Ajax CEO Van der Sar has been linked with a potential director of football role at Man Utd before and Scholes thinks he would be “perfect” for the job.

“I think a director of football would take a lot of pressure off Ed Woodward, of course it would,” Scholes told Stadium Astro.

“I think Ed’s very good at running the club and making money for the club. I’m not sure he has the knowledge of football that’s required to go out and sign players and clearly there’s been some issues in getting deals over the line.

“I think a director of football would be very good for him to take him out of the limelight a little bit. We don’t seem to want to go down that road. Whether they’ve looked at people and they can’t find the right person, I don’t know.”

When asked if he would consider the role, Scholes added: “No, I’ve got no experience in that role whatsoever.

“I suppose you could be a consultant, on the phone: ‘what do you think of this player?’, that could always help. But I think someone like Edwin van der Sar would be perfect.

“He’s done that job at Ajax, it was always a role he wanted to go into. He’s been to university and studied for that role.

“The likes of Rio and Fletch are similar to me really, it’s more of a consultancy – what do you think of this player? Just someone to ring up and give a bit of an idea.”