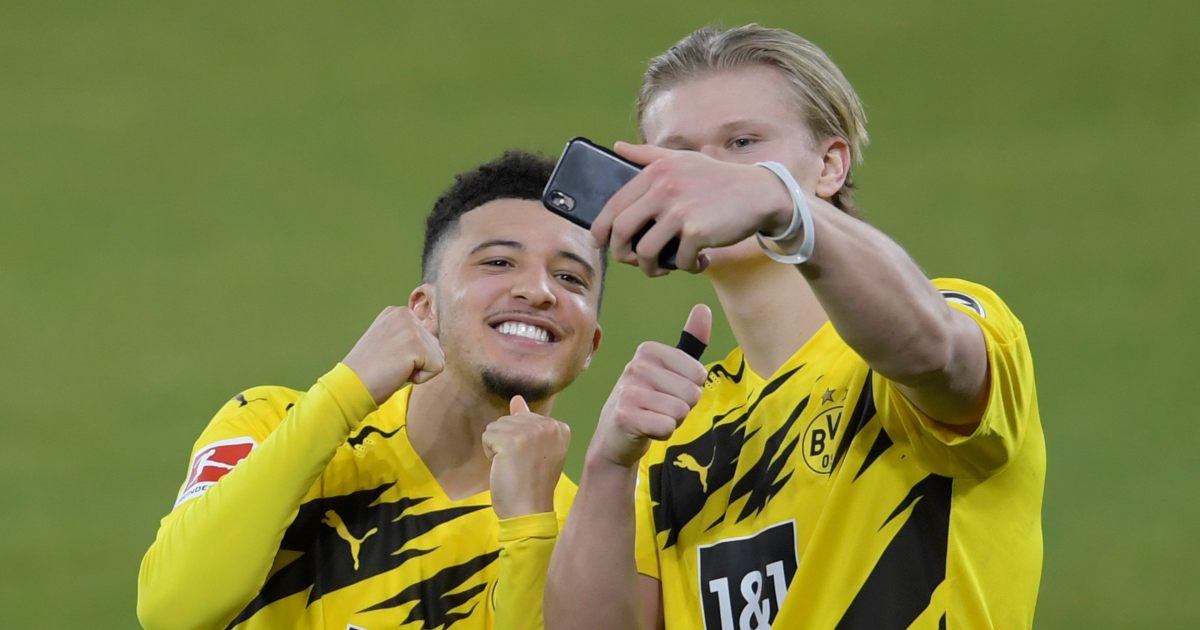 Man Utd have put their transfer interest in Borussia Dortmund winger Jadon Sancho on hold, according to reports.

Reports in recent weeks had claimed that the Red Devils had been given fresh hope over a deal for Sancho, who has struggled to replicate his form from last season after his much-mooted move to Manchester fell through in the summer.

Sancho’s dip in form, along with Dortmund’s losses due to COVID, has reportedly led to the lowering of their asking price of the England international from €120m to €100m – a figure Man Utd were said to be previously willing to pay for Sancho.

The England international was seen as the perfect man to solve their issues on the right wing with Ole Gunnar Solskjaer failing to find the best long-term solution.

However, David Ornstein in The Athletic claims that ‘the persistent rise of Mason Greenwood’ has seen United’s bid for Sancho ‘paused’ but still retain ‘an interest’.

The report adds: ‘Greenwood’s ability to operate in different roles means a move to recruit Sancho should not be discounted but equally, it is not a situation United are currently understood to be developing.’

Sancho, who managed 17 goals and 16 assists last season, has been slowly hitting his stride this season after a slow start to the Bundesliga season.

The 20-year-old has four goals and four assists in his last seven matches in all competitions despite Dortmund still struggling in the Bundesliga.

At the beginning of January, Sancho vowed to come back firing after a slow start to the campaign and he hasn’t let Dortmund down.

“Obviously this season has been very difficult for me personally,” Sancho told Dortmund’s official website in January. “So I knew when I went away, I just focused on my game and came back raring to go.

“I’m working hard every day in training and on the pitch so I’m just happy to get my goals and assists.”