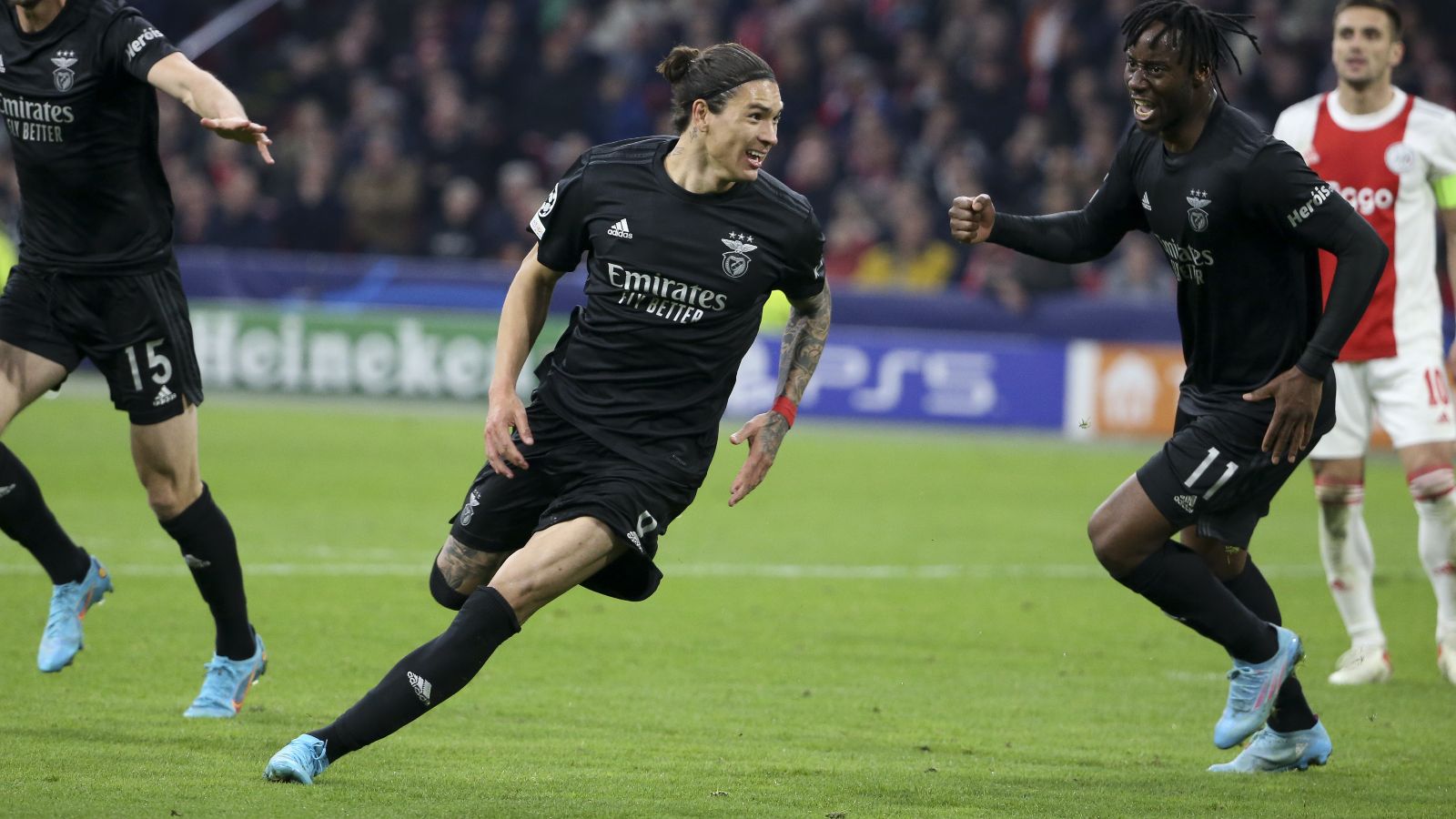 According to reports, Man Utd are ‘paying particularly close attention’ to Benfica attacker Darwin Nunez with him being ‘ready to move’.

The forward is attracting the interest of several Premier League clubs and he is rated at around £67m by Benfica.

The Portuguese outfit splashed out €24m to sign Nunez in 2020 from Spanish side Almeria.

The Uraguay international has been in sensational form for Benfica this season. He has netted 26 goals from his 33 appearances.

90min are reporting that Nunez is now ‘ready to move’ elsewhere this summer.

They add that Man Utd have been ‘paying particularly close attention’ to the striker over ‘the past six weeks’.

The likes of Arsenal, Newcastle United and Tottenham are also ‘in contact with Nunez’s representatives’. It is also stated that the player’s ‘preferred destination’ is the Premier League.

Elsewhere, Rio Ferdinand has claimed that Chelsea would not twice about poaching Thomas Tuchel off Man Utd if “roles were reversed”.

Man Utd are actively seeking a new permanent manager for this summer with interim boss Ralf Rangnick set to move into a consultancy role, and Tuchel has been heavily touted for the position over the last couple of weeks.

The Red Devils are understood to be big admirers of Chelsea’s German coach, but Tuchel himself rejected the notion.

Despite that, Ferdinand – who has already said he is open to both Erik ten Hag and Mauricio Pochettino – reckons Man Utd should do everything they can to try land Tuchel as he has “got the pedigree”.

“I’m taking Tuchel, I don’t care,” Ferdinand told his Vibe with Five YouTube channel. “If roles were reversed and Man Utd were there and we had Tuchel as a sitting duck at our football club, presuming that he is a sitting duck from the reports that we’re hearing, there is a chance you could get him.

“If that was the case and the roles were reversed, trust me, Roman and the empire would be knocking down the door. In fact, they wouldn’t have even knocked down the door; they would have gone round the side and just took him.

“Tuchel would be the one because he has shown that he has got the pedigree. He has shown already that he can come into this league, adapted straight away, won the Champions League, he can galvanise a squad, get them playing, create a culture, create a togetherness and he has got discipline.”