The Man Utd boss is said to have made an attempt to being the Norway forward back to the club in January... 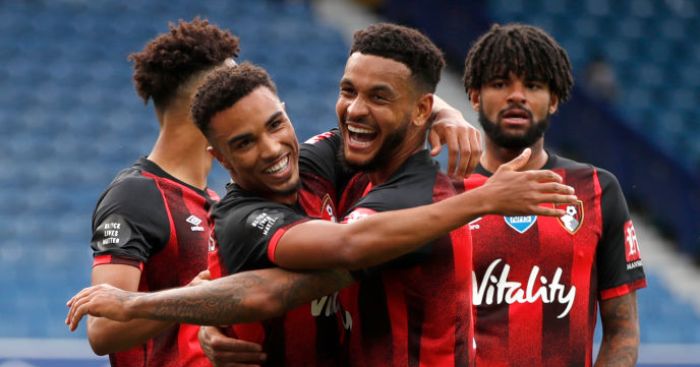 Ole Gunnar Solskjaer coached King during his time as Under-23s coach at Old Trafford and the United boss is said to have made an attempt to being the Norway forward back to the club in the winter transfer window.

However, Man Utd settled on a loan deal until the end of the season for Odion Ighalo but the rumours of a move away from the Vitality Stadium are likely to begin again this summer after the Cherries were relegated from the Premier League.

A 3-1 win on the final day of the season at Everton was not enough to keep Bournemouth in the division with Aston Villa’s point at West Ham meaning Eddie Howe’s side will be playing Championship football next term.

Advising King to make a decision on his future, Hansen told Dagbladet (via Sport Witness): “Now it’s like that in football that he has to think about whether he wants to be relegated or whether it’s time to move.

“He has been there for five years now and has shown that he is a very good Premier League player. I doubt that he wants to go down one level, but we just have to wait and see.”

On interest from Man Utd, Hansen added: “The link to United is strong. King has played there as an academy player. His former coach in the reserve team is now head coach of the club and he has got himself a new agent in Jim Solbakken, who is also Solskjaer’s agent,” he explained.

“You should never say never. Ole Gunnar knows Josh well from the reserve team, and he has contributed to his development. In addition, Josh knows well what United stands for. But we’re not going to get bogged down in it, it’s just speculation.”