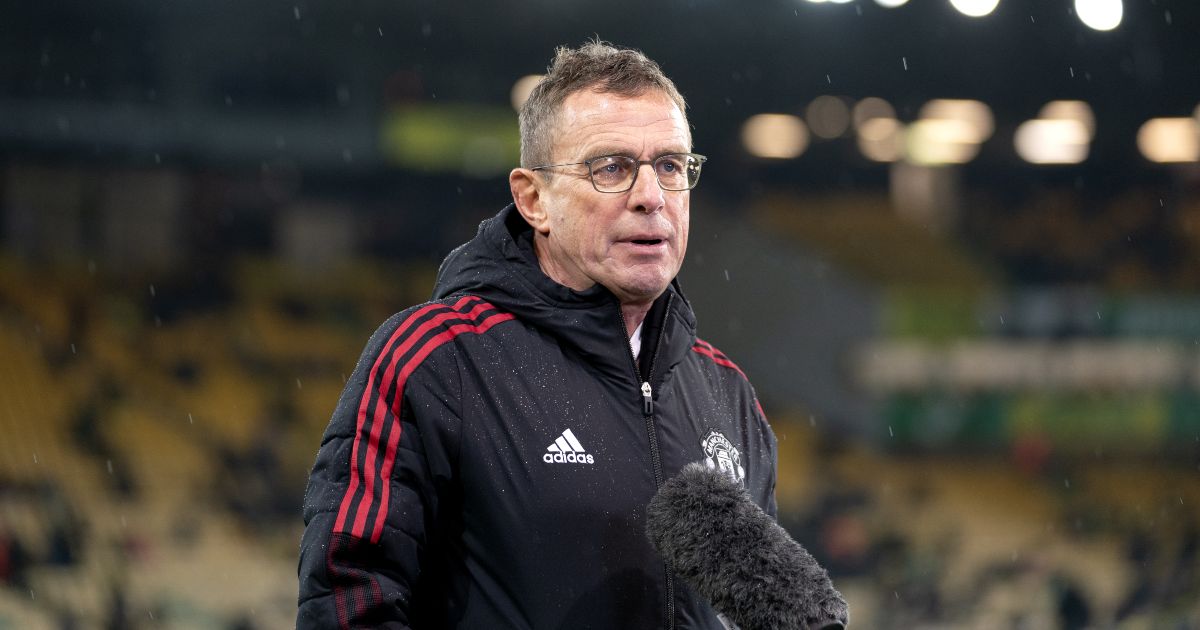 Andreas Pereira has become the latest Man Utd player to request a permanent move away from Old Trafford after Ralf Rangnick took control until the end of the season.

The German has taken charge of the current squad on an interim basis until the end of the season before he begins a two-year consultancy period.

His reign as Man Utd boss has got off to a positive start with two Premier League wins out of two, while they also picked up a 1-1 draw with Young Boys in the Champions League.

There could be a number of exits under Rangnick with Anthony Martial, via his agent, publicly stating his desire to find a move away from Old Trafford in the January transfer window.

And now Pereira – who is currently on loan at Flamengo – confirming he wants to leave Man Utd and make his move to the Brazilian club permanent.

“My desire has always been to stay here at Flamengo, and now we are going to do everything,” Pereira told ESPN (via the Daily Mail).

“We are going to talk to President Landim and Marcos Braz to make this possible. Of course, I have a feeling that I owe the fans a title.

“As I told them, you can count on me, I’ll do my best so that next year we can come out with those titles there.”

The Spanish goalkeeper had to be at his best at Carrow Road and produced excellent saves to deny Teemu Pukki and Ozan Kabak in the second half.

It gave De Gea a second consecutive clean sheet in the Premier League but it was only the 31-year-old’s fifth shut-out of the season in all competitions.

“David’s shown again he’s a world-class goalkeeper, a great shot-stopper. When they created the chances, he was there, he made big saves,” Maguire told MUTV.

“He’s played some magnificent football in his career. Since I’ve been here, it’s probably the best form but that’s probably for him to speak about.

“It’s a big clean sheet for him. We haven’t had enough this season, it’s nice to start getting them, two on the spin and we’ve got to go again on Tuesday.”