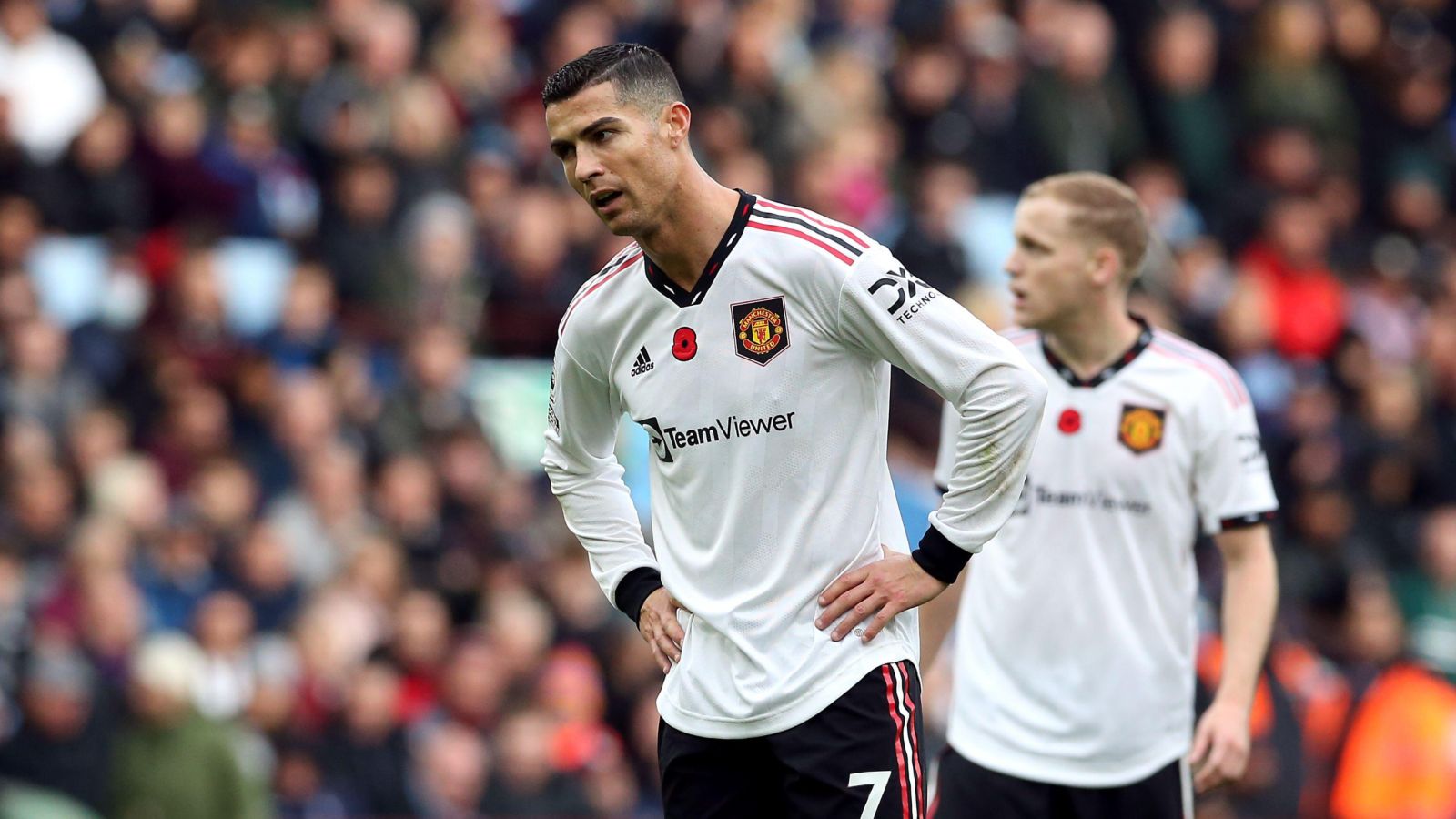 It is being reported that Cristiano Ronaldo leaving Man Utd in January would ‘pave the way’ for the English club to sign Atletico Madrid forward Joao Felix.

The Atletico Madrid attacker was one of quite a few players Man Utd were linked with during the summer transfer window.

It was even suggested that United had a bid rejected for the Portugal international.

Felix was lauded as a youngster as he progressed through the ranks at Benfica. He became one of the world’s most expensive players in 2019 as Atletico signed him for around €126m.

The 23-year-old has struggled to live up to weighty expectations during his time at Atletico Madrid and his relationship with Diego Simeone has fallen apart in recent weeks.

He has not started for the Spanish side in La Liga since they were beaten 2-1 by Real Madrid on September 18.

Felix has scored his first three goals of the season in his last two games as he came off the bench against Cadiz and Espanyol.

Atletico Madrid as a whole are going through turmoil at the moment. Simeone is under growing pressure after his side exited the Champions League at the group stages.

A rebuild is on the cards and last month it was claimed that Felix is one of four players they are willing to let go.

His contract is not due to expire until 2026 and it also includes an out of reach €350m release clause.

Interested clubs will not have to pay a fee anywhere close to this for Felix though, as the player and club appear to be ready for a fresh start.

Spanish outlet Cadena Ser are reporting that Man Utd are ‘planning to make a new offer’ for Felix.

It is also suggested that contact between the two clubs could come ‘in a matter of weeks’, so a major January transfer may be on the cards.

Felix is in ‘one of the worst moments’ of his career but Man Utd are ‘still interested’ in bringing him in.

After failing with a €125m summer offer, United are looking to return with a ‘less substantial bid’.

The Red Devils are not the only club interested though as PSG are unsurprisingly also ‘following the trail’.

This interest from Man Utd in Felix comes amid the ‘big pending plot’ surrounding Ronaldo.

The 37-year-old’s exit is ‘possible’ in the new year and this would ‘pave the way’ for United to sign Felix as his replacement.

It is perhaps worth noting that Jorge Mendes is the agent of Ronaldo and Felix.

Ronaldo is out of contract next summer but it is being heavily reported that he will depart six months earlier in January.