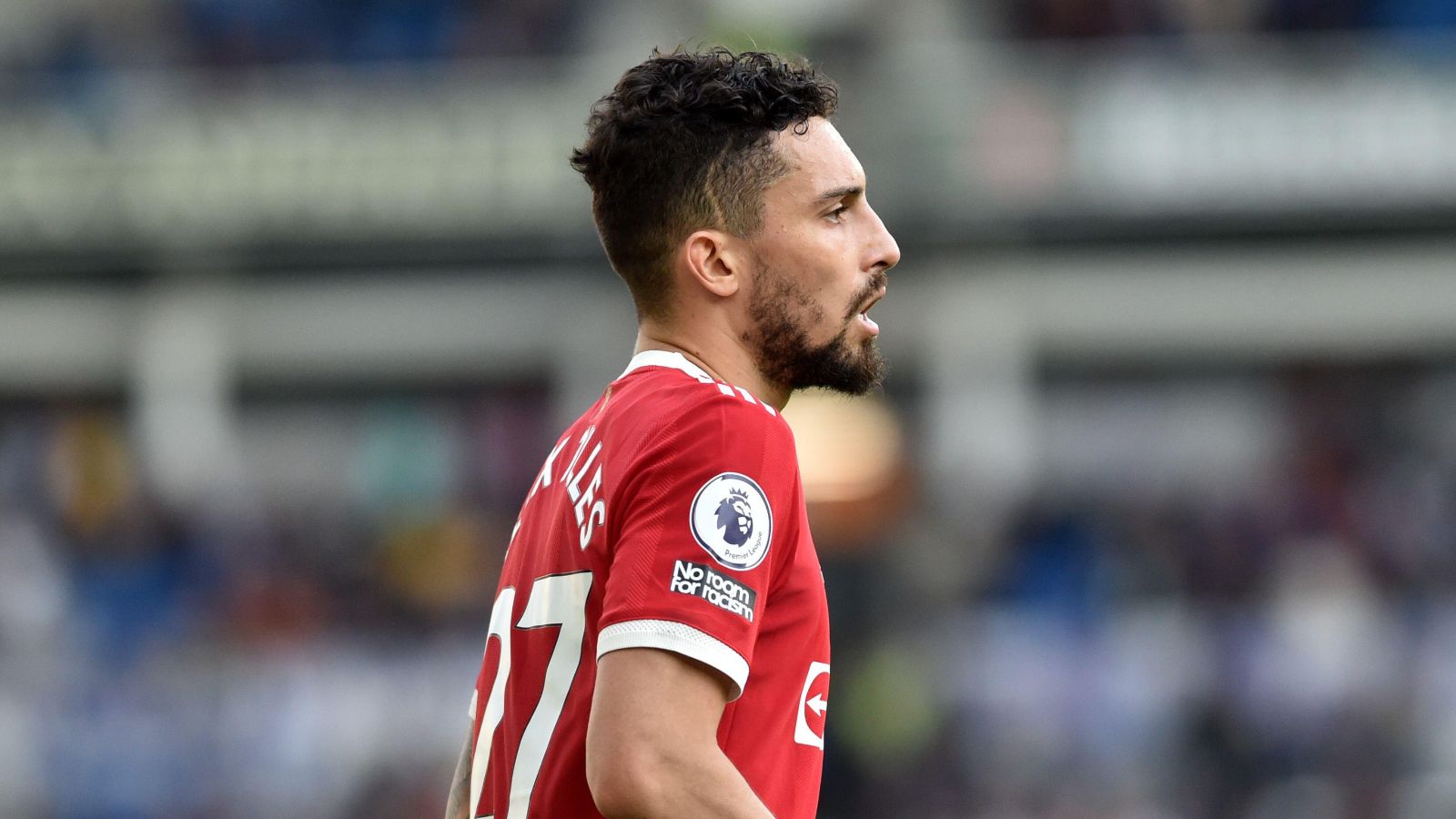 Alex Telles is reportedly set to depart Man Utd as La Liga outfit Sevilla are ‘closing’ in on signing him from Erik ten Hag’s side.

The experienced full-back was brought in ahead of the 2020/21 campaign though he played second fiddle to in-form Luke Shaw that term.

Shaw struggled for form and fitness last season as he was one of quite a few Man Utd players who underperformed.

Telles came into United’s team at points last term, though he did not fare any better than Shaw.

The Portugal international has been part of United’s pre-season squad under Ten Hag. Steve McClaren is back at the club as the Dutchman’s assistant.

While Ralf Rangnick may not agree, McClaren thinks Man Utd have a “fantastic group”.

“The great thing that I’ve found is that these are great players to work with. They were a little quiet the first week: it [the training] was very demanding,” McClaren said (via United’s website).

“But as we got to know the players, as we got more and more into training sessions and they know the demands, the intensity, the competition, the winning and losing, the banter that goes along with it, you can feel the noise and the volume in training, in the dressing room, around the hotel and around Carrington, start to [build].

“I mean you’ve seen little bits of it in pre-season: the combination of the front three, the work rate of the midfield, you know the organisation at the back. These are good players and they really are – I know they found the first week tough and demanding.

“I’ve got a good feeling about this dressing room.”

Despite his involvement in pre-season, Telles is one player free to leave as United are plotting a defensive clearout.

La Liga side Sevilla have won the race to sign him, according to transfer guru Fabrizio Romano.

He understands that Sevilla are ‘closing’ in on the signing. Telles has ‘accepted the destination’ and it is understood that an agreement is ‘set to be completed’.