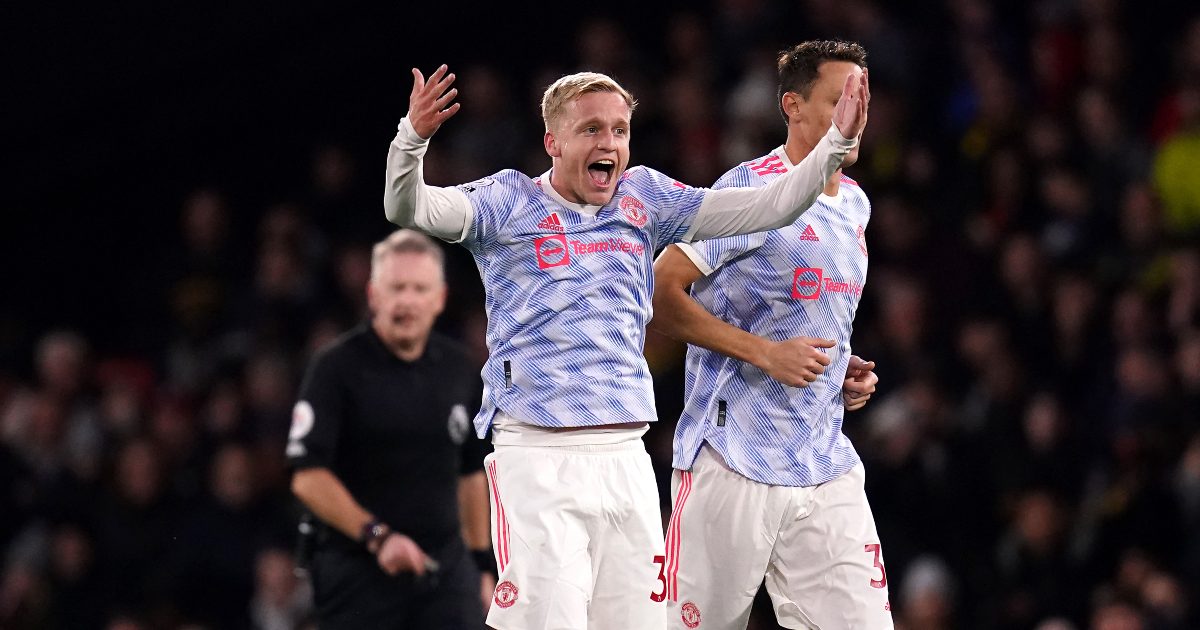 According to reports, Man Utd midfielder Donny van de Beek will ‘push to join’ Everton permanently this summer if they stay up.

The Dutchman made the move to the Premier League in 2020 from Ajax. Man Utd paid around £35m to sign him.

This move has not gone to plan as the midfielder has barely featured for the Red Devils since the start of the 2020/21 season.

Van de Beek was given permission to leave the club in January. Before the transfer window closed, he joined Frank Lampard’s Everton on loan.

The 24-year-old has enjoyed an impressive start with the Toffees. Lampard has won two of his first three games in charge. They are now five points clear of the bottom three.

The Daily Star are reporting that Van de Beek ‘will look to secure a permanent move to Everton this summer if he helps keep them up’.

It is stated that the player has ‘no intention’ of returning to Man Utd simply to sit on the bench. He is ‘revelling in the chance to showcase his skills’ at Everton.

Elsewhere, Jamie Carragher believes Man Utd made a mistake signing Cristiano Ronaldo last summer and insists keeping him next season would be a “bigger” mistake.

Ronaldo made a sensational return to Old Trafford last August after initially leaving the Premier League club in 2009.

He joined on a two-year contract, with the option to extend for a further year, for a reported £13.5m fee.

Carragher said: “Cristiano Ronaldo’s invaluable contribution to Manchester United’s Premier League win over Brighton was another reminder of his unparalleled appetite for goals.

“But it does not change this reality: United made a mistake re-signing Ronaldo last summer. It will be a bigger one keeping him next season.

“I know how contentious that sounds. It is easy to list the many magnificent qualities Ronaldo possesses. These make him one of the greatest players we have seen. He remains one of the ultimate goalscorers, having evolved to become a penalty box predator, liable to deliver when his team most needs it – as against Villarreal and Atalanta – to prolong United’s Champions League campaign.

“You would not bet against him scoring over 20 goals this season.

“’Where would United be without his goals,’ is something you often hear.

“Well, we already have an answer to that. United scored 121 in all competitions in 2020-21, their highest tally for 14 years. That is because they were a more balanced, unified team than now.”