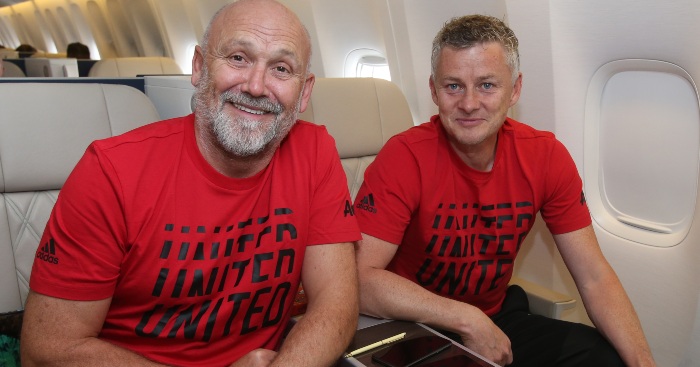 Ole Gunnar Solskjaer is already reported to be struggling to win over some of the Manchester United squad just a week into their preparations for the new season.

United touched down in Perth on Monday to begin a tour which takes in Australia, China and Singapore before they return to Manchester to conclude their pre-season ahead of a pivotal campaign for the club.

The Red Devils are again without Champions League football and Solskjaer’s side face a scrap to compete for a place in the top four amid a chaotic backdrop at Old Trafford.

Ed Woodward is trying to strengthen the squad without the aid of a director of football – a position it was expected would be filled by now.

In the dressing room, Paul Pogba is said to be desperate to leave and ESPN reports that some team-mates have become so exasperated with the France midfielder that they would likely hold the door open for him.

But Mark Ogden reports that some players remain similarly unconvinced by Solskjaer and his coaching staff.

Ogden quotes one Old Trafford source as saying some of the squad’s foreign contingent felt Solskjaer’s approach was “too British” and “lacking in continental expertise”.

Complaints from United’s players of being made to work too hard in training are likely to be dismissed by the coaching staff and be met with exasperation from supporters following Solskjaer’s repeated insistence at the end of the season that the squad he inherited from Jose Mourinho was not fit enough.