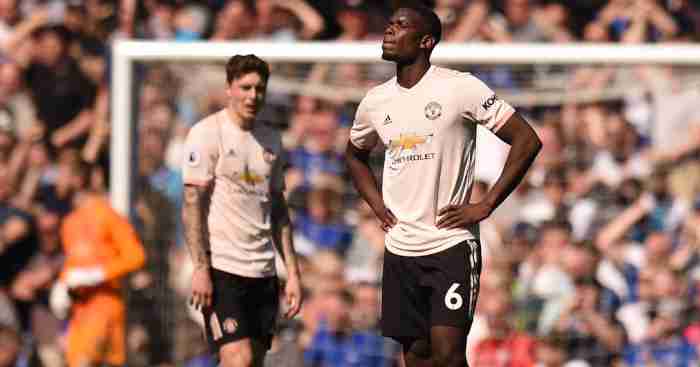 Gary Neville says the recent efforts of some Manchester United players has ‘made his blood boil’.

The Sky Sports pundit was talking ahead of United’s trip to Everton on Sunday lunchtime, when the Red Devils will be looking to rediscover some form after losing five of their last seven games.

Their most recent defeat came at Barcelona on Tuesday when Neville believes some United players were offering less than 100 per cent effort.

“I’m simmering, to be honest – my blood is about to boil,” the former United captain said before kick-off.

“I didn’t buy into the theory that these players were always fantastic when they started to win for Ole Gunnar Solskjaer. If you think about the game we did against Liverpool when everything was perfect… Ole had got the players playing again and Jose Mourinho was a bum.

“Basically it was all put down to Jose. Now what we’re seeing is what Ole talked about on Friday is that there is a reality check. And it;s a reality check for all of us.

“I went to Barcelona in midweek and I saw players pretending to run back. Making it look like they were running back quickly but jogging – it’s rubbish.

“What we’re seeing now is what the players are. There’s a lot of distraction around contracts and this is a big week.

“I’ll keep my counsel around individuals for another week.

“They have had some difficult games but it’s Everton today, Manchester City in midweek and Chelsea next Sunday. Next Sunday evening is the time to reflect because Manchester United will know then essentially whether they are going to achieve Champions League football. It’s big week for them.

“Ole said that the attitude was good. He hasn’t changed his language but he has in the last week when he’s seen things that have concerned him. He says some of the players need a reality check, we can see it with our own eyes what’s going on there.

“We can feel it, we can smell it and that’s why my blood is boiling. But I think it’s another week before we can go for the players fully.”