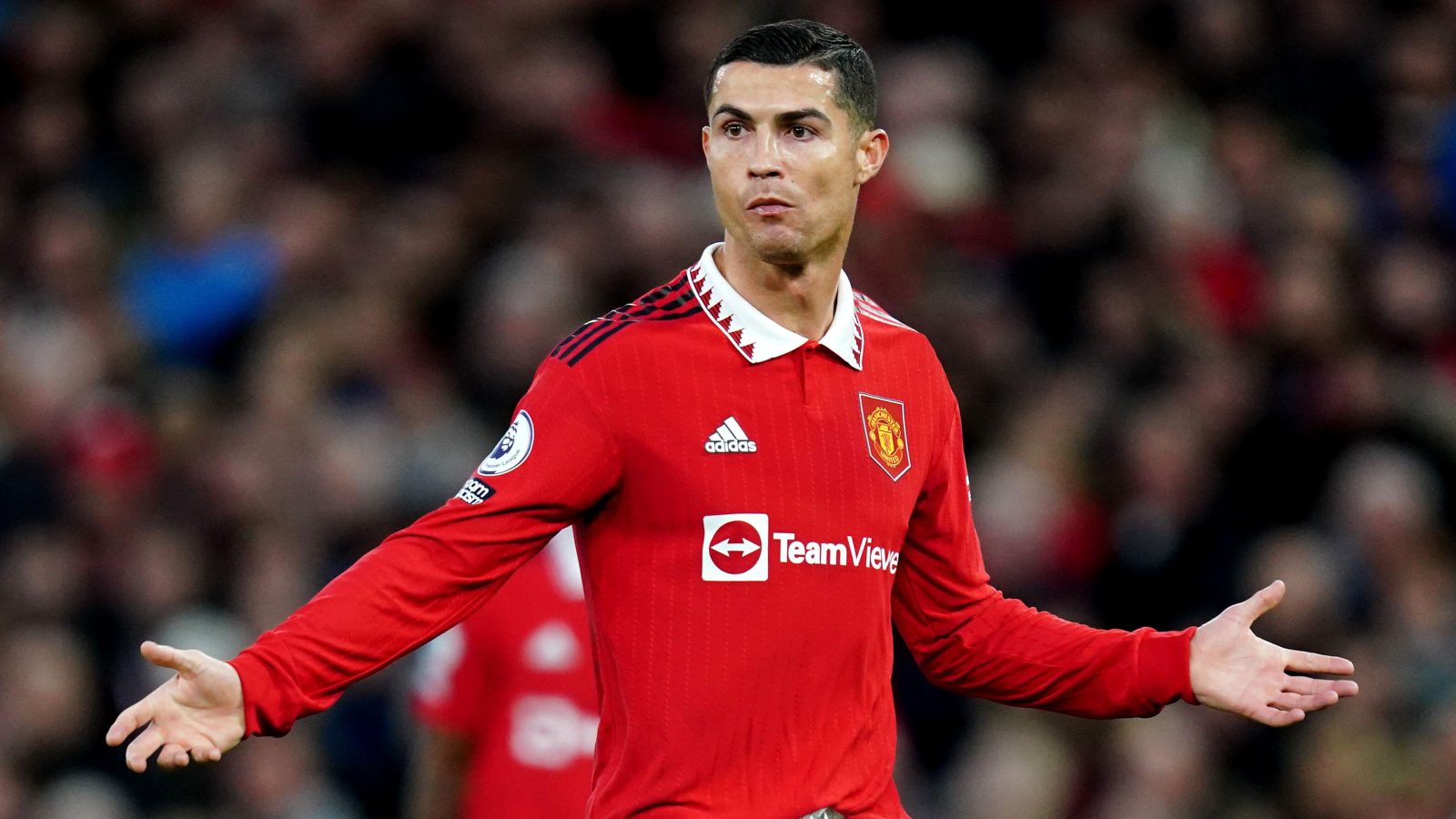 Man Utd players have grown ‘tired’ of Cristiano Ronaldo and ‘don’t want’ to see him back at the club after the World Cup break.

The Portugal international has been at the centre of a storm surrounding his future since giving a controversial interview with Piers Morgan on Sunday night.

Ronaldo insists he feels “betrayed” by Man Utd after accusing Erik ten Hag and senior executives of trying to force him out of Old Trafford in the summer.

Speculation over the summer was the complete opposite to his claims with rumours that Ronaldo was attempting to engineer a transfer away from the club.

Man Utd boss Ten Hag has always maintained publicly that Ronaldo is part of his plans at Old Trafford and many think this is another attempt from the 37-year-old to try and move to a club in the Champions League.

And it now feels like the end of the road for Ronaldo at Old Trafford with some pundits claiming that Man Utd should sack the former Real Madrid striker.

There have been reports that Ten Hag and some his squad are ‘furious’ at Ronaldo for speaking out the way he did and now the Daily Mirror claims the Man Utd players ‘don’t want’ Ronaldo ‘to return to the team’.

‘United’s players do not expect to see Ronaldo again after the World Cup, with the squad having grown tired of his whining and posturing over his perceived mistreatment, according to sources.’

The Man Utd owners, club executives and Ten Hag have been ‘locked in talks’ over how to resolve the situation, while the Premier League club have also ‘sought legal advice’.

‘After taking such a hardline stance on Ronaldo when he refused to come on against Tottenham and left Old Trafford before the final whistle in United’s 2-0 win, Ten Hag has told bosses there is no way the 37-year-old can play for him again.

‘The majority of United’s squad share the same view as their manager, believing there is no way back for the Portugal international, given his trashing of Ten Hag and claims there were attempts to force him out against his will.’

Ronaldo caused trouble last month when he refused to come off the bench in their 2-0 victory over Tottenham after becoming frustrated at his lack of game time.

The Man Utd striker was fined and made to train alone before he apologised to Ten Hag and resumed first-team duties the following week,

But it now feels like Ronaldo has gone too far this time with former England right-back Danny Mills hoping Man Utd make his “life a misery”.