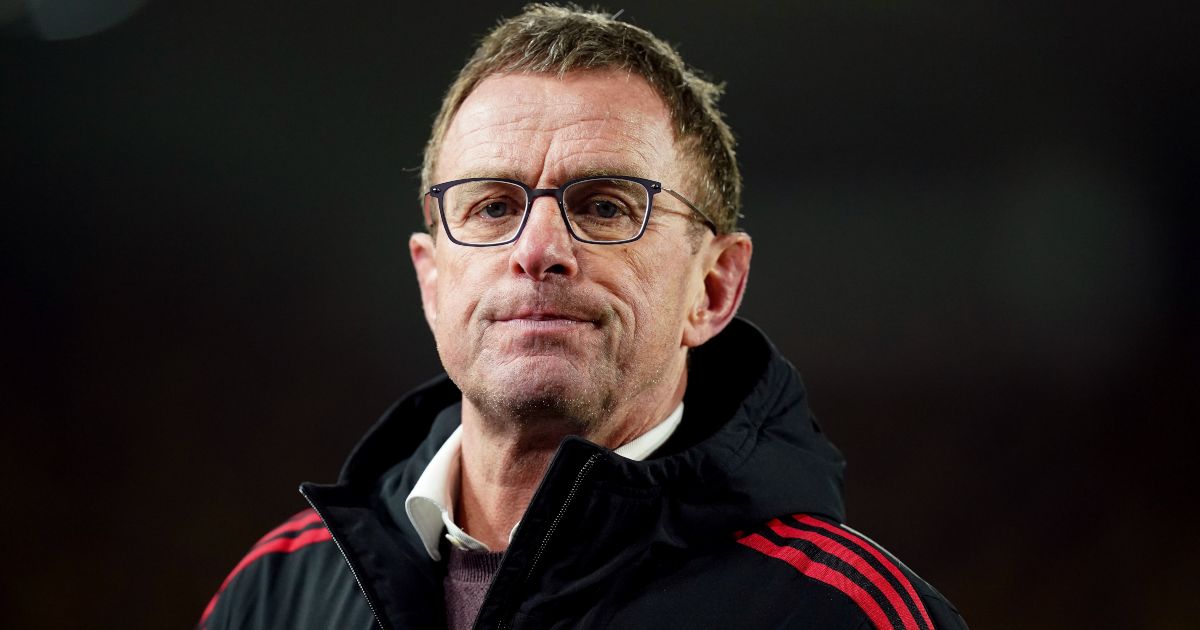 The Man Utd player’s camp are unhappy at Ralf Rangnick’s public comments about Jadon Sancho’s struggles at Old Trafford, according to reports.

Sancho moved to the Red Devils from Borussia Dortmund in the summer transfer window for a fee of £73m with Cristiano Ronaldo and Raphael Varane other high-profile arrivals.

Many onlookers thought those three signings could take Man Utd to a potential title challenge this season but the Premier League have actually taken a backwards step.

Sancho has so far failed to live up to his price tag with the 21-year-old contributing just two goals and zero assists in 23 appearances in all competitions.

When asked about Sancho’s recent struggles, Rangnick tapped his head to indicate that the England international was struggling mentally with his big-money move.

Rangnick said in a press conference on Tuesday: “Difficult to say (why things are not working out for him), I think. It’s a different league, it’s a different competition.

“It’s more physical, it’s more pressure, although he also played for one of the biggest clubs in Germany, in Dortmund, but I think in total, the whole league, the whole competition is more physical and the level of expectation is higher.

“When he came to Borussia Dortmund as a young player, he was only 18. Now he’s 23, 24, playing for one of the biggest clubs in the world.

“I think it’s also got to do with a lot of different things in his head.

“But in training, whenever I see him train, he’s showing that he’s one of the best players in the training sessions.

“But now it’s about the transfer to when he’s playing, and to showing to the same kind of level and performance on the pitch.”

And now a report from Matt Dickinson in The Times claims: ‘Perhaps Rangnick hopes that the truth will set Sancho free — after pissing him off. The player’s camp is said to have been less than thrilled that a manager, an interim one, is airing these woes in public and tapping his skull when asked what the problem is with the club’s £73 million attacker.’