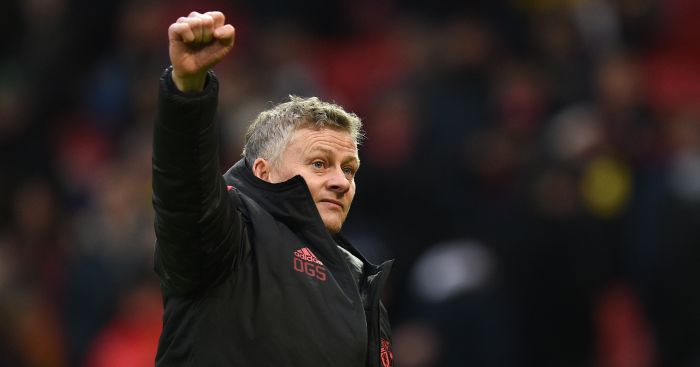 The Manchester United players are convinced that they want current interim boss Ole Gunnar Solskjaer to take over as permanent manager at the end of the season, according to reports.

The Norwegian was given the role until the end of the season as the United hierarchy look for a successor for Jose Mourinho after they sacked the Portuguese coach earlier in the campaign.

Solskjaer has been an instant hit at Old Trafford with five wins from five matches, four of which were in the Premier League as the Red Devils have catapulted themselves back into top-four contention.

And the Daily Mirror claims that ‘many of his squad would like to see him get the nod’ following his perfect start.

Paul Pogba, who had a poor relationship with Mourinho, has been outstanding in the four games he has played under Solskjaer with four goals and three assists in those fixtures.

The Frenchman is probably the best example of the improvement players have made under Solskjaer with Marcus Rashford and Romelu Lukaku among a number of stars also putting in better displays.

And the report continues by saying the forwards have been ‘particularly’ responsive to Solskjaer’s ‘inclusive man-management style’ which is in contrast to the ‘divisive approach’ under Mourinho.

Sources close to the squad told the Daily Mirror that Solskjaer has allowed his players to ‘play with freedom and express themselves’ after they were shackled under Mourinho.

Mauricio Pochettino, who said on Monday that he wants to stay at Tottenham for 20 years or more, is still reportedly top of the board’s wishlist but executive vice-chairman Ed Woodward is said to be ‘extremely impressed’ by Solskjaer’s start.