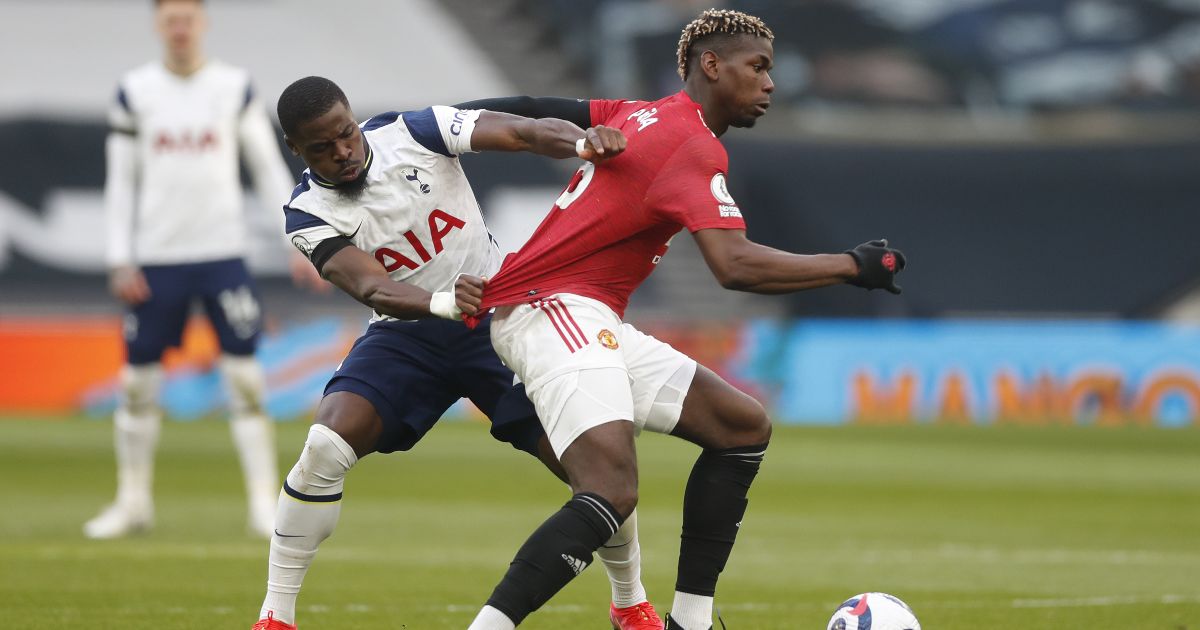 Goals from Fred, Edinson Cavani and Mason Greenwood saw the Red Devils come from a goal behind to beat Spurs 3-1 on Sunday.

There were a couple of controversial decisions in the match with Man Utd having a goal ruled out in the first-half after Scott McTominay caught Son Heung-min in the face in the build up.

The incident with Pogba seemed worse as his forearm made contact with Aurier’s face but the France international wasn’t sent off.

“I don’t think that’s enough for a red card.”

Jose Mourinho believes Paul Pogba should have been sent off for this elbow on Serge Aurier but Dermot Gallagher isn’t convinced…#RefWatch pic.twitter.com/hALYdniVh9

However, Hackett reckons Pogba would’ve seen red if he was playing rugby and encouraged football to become more consistent.

“Pogba should’ve gone,” Hackett told Football Insider. “The reason being he’s used a clenched fist. If you’re using your elbow as a weapon you clench your fist and that’s the signal.

“It was near the touchline and he’s deliberately elbowed his opponent. I don’t think there were any doubts as to what his attentions were. This is where the inconsistency comes in.

“Bang. He’s gone clearly in with almost like a forearm smash. That’s not handing off, that’s the difference. One’s a flailing arm, accidentally hit [McTominay on Son], this one’s he knows what he’s doing.

“He’s going into his opponent with a bent arm into the neck of his opponent. If this was rugby, he’d be off. In rugby, this is exactly what they’re penalising. We’re football and we’re ignoring it.

“Football has got to its house in order in terms of potential head injuries. All match officials and all football authorities need to buy into the scenario that when an illegal arm is used in this situation then this has to be a red card.”