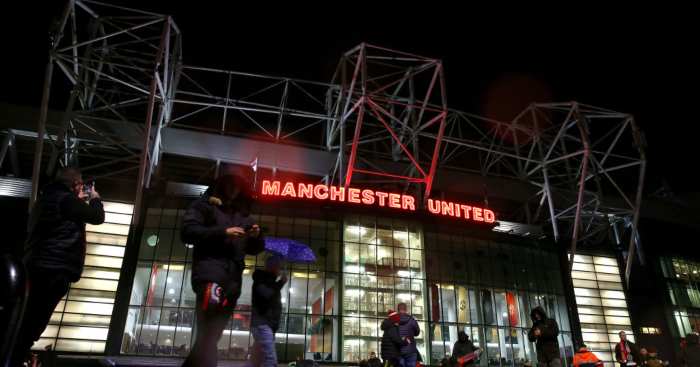 Manchester United have posted revenues of £135.4million for the first quarter of 2019-20.

The figures represent a £400,000 increase on the same period for the previous year.

Commercial revenue was £80.4million, a 5.9 per cent increase on the previous year, the club said in a financial statement.

In part that will be due to the club’s lack of Champions League football this season. Broadcasting revenue for the quarter was £32.9million, a 23.1 per cent and £9.9million drop on the same quarter the year before.

The figures published on Monday cover the period July 1, 2019 to September 30 of this year.

.@ManUtd net debt up by £137.3m as cash used to buy players. Gross debt unchanged. Dividend of nine cents per share will be paid on 6 Jan.

The club’s wage bill has dropped by 8.8 per cent “primarily due to reductions in player salaries as a result of non-participation in the UEFA Champions League”, the statement said.

United’s executive vice-chairman Ed Woodward said: “We have a clear vision in terms of football philosophy and recruitment.

“The significant investments that we have made in recent years in areas such as transfers, recruitment infrastructure, analytics and our academy are already beginning to bear fruit.

“We are very proud to be shortly approaching a milestone 4,000th game featuring an academy player, and we are particularly optimistic regarding the considerable young talent currently coming through.

“Our ultimate goal is to win trophies by playing exciting football with a team that fuses graduates from our academy with world-class acquisitions.”

United’s on-field fortunes have improved in recent weeks after pressure had been growing on manager Ole Gunnar Solskjaer.

The team have won five of their last six matches in all competitions, and prior to that claimed a 1-1 draw at league leaders Liverpool.

They are seventh in the Premier League, nine points adrift of the Champions League qualification places.