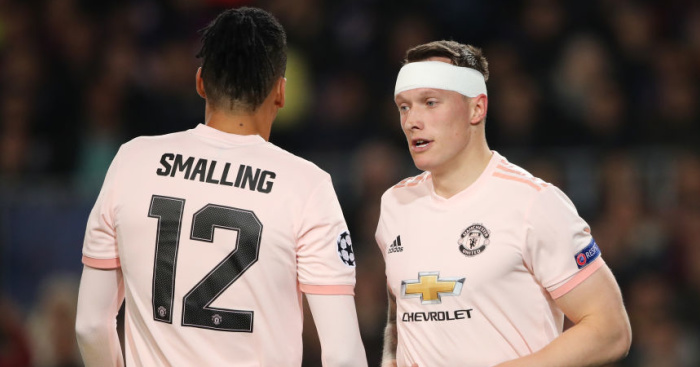 Man Utd appear almost certain not to sanction a loan extension for Chris Smalling at Roma, according to a report.

The Red Devils are expected to be big spenders in the current window, with England sensation Jadon Sancho front and centre in the speculation.

Amid the financial uncertainty of the coronavirus pandemic, however, the level of funding Man Utd managers are used to may not be available.

One way to remedy that issue would be from player exits, and centre-back Smalling could be one such departure.

The 30-year-old exceeded all expectations during his year-long loan spell in Rome, but time is running out to register him for the resumption of their impending Europa League campaign.

Now, according to GianlucaDiMarzio, Roma’s hopes of securing a timely loan extension appear over.

They state that Man Utd have ‘turned down the opportunity’ to continue the loan beyond it’s original deadline.

The Italian side retain an interest in bringing Smalling to the club on a permanent deal, however, and this latest development could hasten that process.

Inside Futbol previously claimed the two clubs were struggling to reach an agreement over the deal, noting a €6m discrepancy between their respective valuations.

With the route of a loan deal to cover the Europa campaign and beyond now over, Roma may be more willing to meet Utd’s demands at the negotiating table.