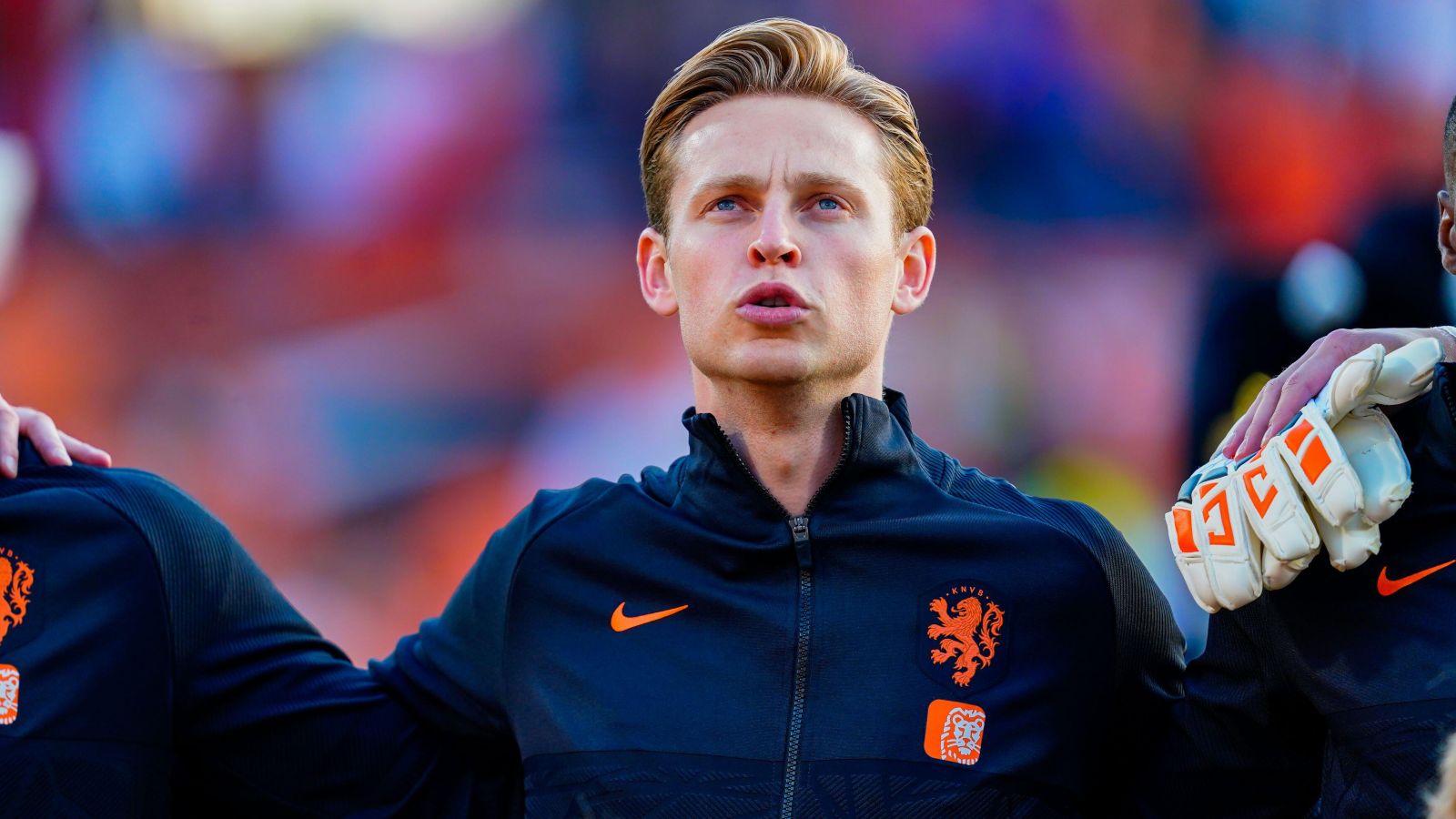 Man Utd have completed the signing of Frenkie de Jong from Barcelona. That’s a sentence you are increasingly unlikely to hear this summer if reports in Spain are to be believed…

The Red Devils have been trying for months to get a deal over the line, but instead of moving closer, it actually feels like they are moving further away from the signing.

It has been widely reported that Barcelona and Man Utd have a broad agreement for the transfer with the fee likely to come to around €85m.

However, trouble between De Jong and Barcelona has dominated talk in recent weeks with the Catalan giants reportedly owing their player as much as £17m in deferred wages and bonuses from the height of the Covid-19 pandemic.

There is also the issue of Barcelona reportedly telling De Jong – who wants to stay at the Camp Nou in an ideal world – that he must leave the club if he doesn’t take a pay cut close to 50 per cent of his salary.

Another major stumbling block is the claims that the Netherlands international is not that keen on joining Man Utd, who failed to qualify for the Champions League last season, finishing sixth in the Premier League.

Dutch newspaper De Telegraaf insisted earlier this week that De Jong is not completely against a move to Old Trafford but Spanish publication Sport have now destroyed that suggestion on Thursday morning.

Sport (via Sport Witness) claim that De Jong is ‘not seduced’ by the idea of moving to Manchester, especially without the bonus of playing in the Champions League next term.

De Jong has told compatriot Erik ten Hag – whose relationship with the Barcelona midfielder is ‘not particularly special’ – that he ‘doesn’t want to go to Manchester’ despite Man Utd making a ‘high’ wage offer to him.

It is hard to know who to believe about De Jong at the moment with multiple different narratives – but Sport add that ‘except for a miracle, this door is absolutely closed’ on a potential transfer to Man Utd.

Speaking on Monday, former United defender Gary Neville urged De Jong to “consider legal action” over what he sees as “bullying” from Barcelona.

“De Jong should consider legal action [versus] Barcelona and all players should be behind him!” Neville wrote on Twitter.

“A club spending fortunes on new players whilst not paying the ones they have under contract their full money is immoral and a breach.

“@FIFPRO should be all over bullying like this and stop it.”