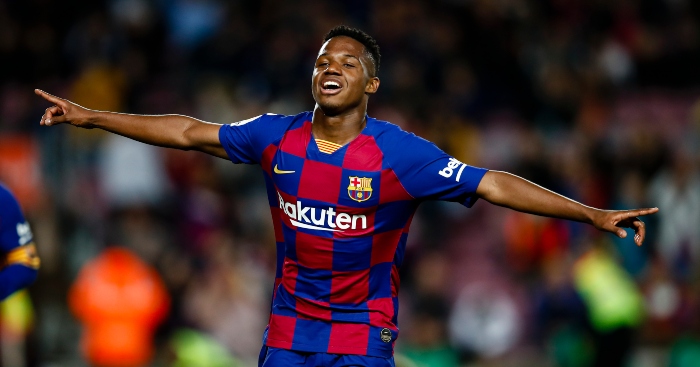 Manchester United are reportedly ready to reach “dizzying figures” to lure Ansu Fati away from Barcelona.

The 17-year-old has featured fairly prominently for Barca this campaign, making 23 appearances, scoring five goals and providing one assist for his team-mates.

The Spanish teenager has emerged as one of the hottest prospects in world football during his breakthrough season at the Camp Nou with Borussia Dortmund linked with a move.

Earlier this week, it was reported that an initial bid of €100m was rejected by Barcelona, and Sport (via Sport Witness) now claim Ole Gunnar Solskjaer’s side are “serious” about signing Fati and are therefore willing to increase their offer.

United will likely have to meet Fati’s current buyout clause, which sits at €170m – a remarkable sum of money for United to stump up for a teenager who is relatively unproven at the highest level.

And Barcelona’s current stance is that the player is “non-transferable”, and are looking to tie him to a new deal, which would see his wages increase and his buyout clause increased to €400m.