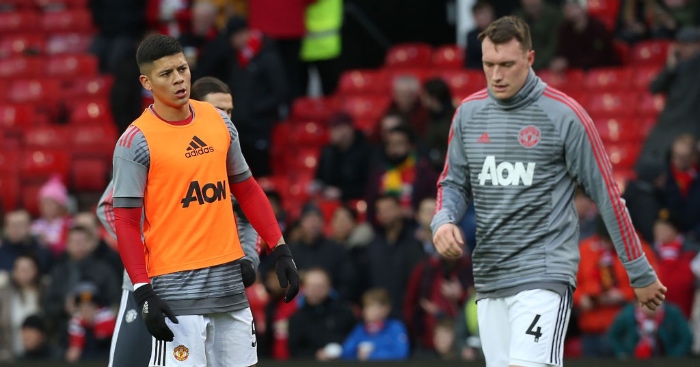 Man Utd will aim to sell Sergio Romero, Marcos Rojo and Phil Jones in the January transfer window, according to reports.

The Red Devils have a group of players that are failing to get game time under boss Ole Gunnar Solskjaer.

The club is also having to deal with reports about Paul Pogba’s future, as he is struggling with his form.

According to the Manchester Evening News, United will aim to sell Romero, Rojo and Jones before signing any players.

That will give them some extra spending money in their pursuit of new players.

Romero nearly joined Everton during the summer but the move didn’t go ahead.

He is now searching for a route away from Manchester after falling behind Dean Henderson in the pecking order.

Rojo is in a similar position to Romero. The defender cannot get into the United team as Harry Maguire and Victor Lindelof are currently starting at centre back.

So far, the Argentinian international has only played for the club’s B team in the Premier League 2.

The third player to be on the verge of an exit is Phil Jones. Like his predecessors, Jones has failed to impress Solskjaer in recent months.

He was left out of United’s Premier League squad for this season.

No club has been linked with a move for Jones just yet.

The report goes on to state that Timothy Fosu-Mensah is also considering his future at Old Trafford.

The 22-year-old has good potential but he is seeing that squandered at his current club.

The Dutchman has played just twice this campaign, adding up to a total of 95 minutes of football.

These players will likely be sold as part of United’s transfer plan for 2021. They’re rumoured to be targeting Jadon Sancho yet again, as well as a new centre back.

Braga defender David Carmo is now viewed as a good option for the future.