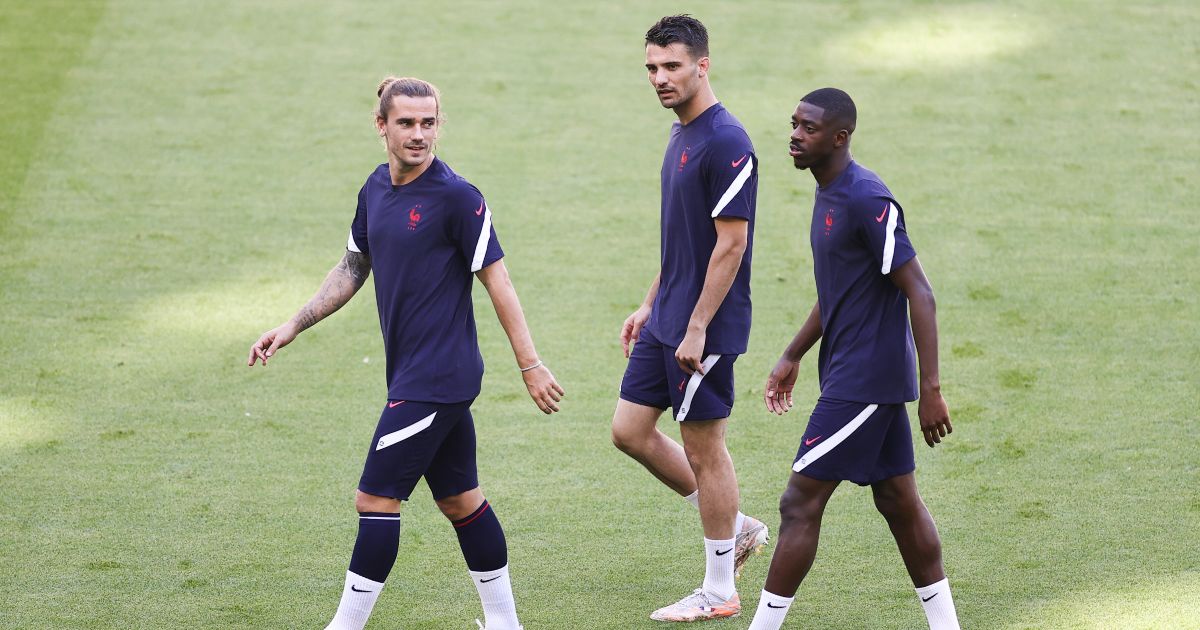 Man Utd have finally ended their interest in signing Ousmane Dembele from Barcelona after his latest injury setback, according to reports.

Dembele was forced to withdraw from Didier Deschamps’ squad due to an injury picked up in France’s 1-1 draw with Hungary in the Euro 2020 group stage.

The Barcelona man came off the bench for Les Bleus in their second match of the tournament but managed only 30 minutes before being subbed off with a knee injury.

Dembele then missed their last Group F match against Portugal, with the hope that he would be back for the knockout stages.

However, that was not the case as he was ruled out for the rest of the tournament after suffering tendon damage in his right knee.

Barcelona confirmed on Monday that Dembele had undergone “successful” surgery on his knee and will now miss the next four months.

It is another blow in a long list of injury setbacks for the former Borussia Dortmund player with the 24-year-old struggling to make a big impact since his move to the Camp Nou in 2017.

He missed most of the 2019-20 season through injury and is now set for another spell on the sidelines, ending any hopes Barcelona had of offloading him this summer.

And now Spanish journalist Xavi Campos has claimed that Man Utd ‘wanted’ to bring Dembele to Old Trafford this summer until his latest setback.

Campos told Catalunya Radio program Onze that Man Utd were ‘willing to pay around €50m’ but that Dembele’s injury situation has changed their stance.

The Red Devils will now end their interest in Dembele, who could well have been a back-up option for Jadon Sancho anyway.

Reports indicated late last week that Man Utd are closing in on a deal for the Dortmund winger with both sides ‘really close’ to agreeing on the final details of the transfer.

Earlier this month, Rio Ferdinand suggested that his former club had “missed a trick” not signing Sancho when he joined Man City earlier in his career.

Ferdinand said: “I’ve known Jadon through friends of mine, I’ve known his family for a long time and there was always this buzz around him.