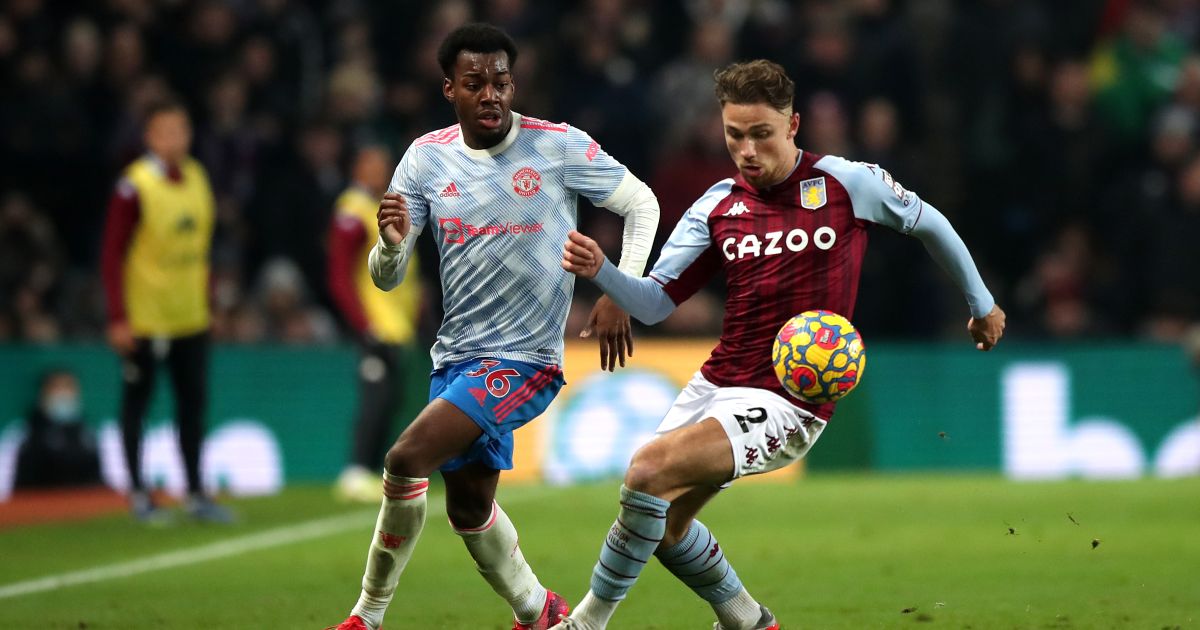 Man Utd boss Ralf Rangnick has revealed that Anthony Elanga played ahead of Jadon Sancho against Aston Villa on Saturday because of the volume of matches coming up.

The Sweden under-21 international made two Premier League starts last season under Ole Gunnar Solskjaer, and Rangnick also likes what he sees from Elanga, with the winger starting a Champions League match and the league clash with Villa at the weekend.

He was impressive against Steven Gerrard’s side, playing 78 minutes and causing Villa a few headaches at the back.

Sancho, who joined Man Utd from Borussia Dortmund for £73m in the summer transfer window, has been disappointing this season with only two goals and zero assists in all competitions.

The England international replaced Elanga – who The Sun had linked with a move to the Championship just ten days ago – just before Philippe Coutinho scored Villa’s equaliser on Saturday and Rangnick has explained why Sancho was left on the bench.

“We have got so many games to play, I am not thinking about who is ahead of who,” Rangnick told reporters.

“It was today the decision to play him from the start but as I said, we have got so many games coming up, it could be different in the next game.”

The manner of the draw against Villa left Rangnick feeling like his side had lost at the end of a week in which injured absentee Cristiano Ronaldo questioned the group’s mentality.

“In most parts of the game we were compact, we could defend in the midway block, but in those 15 minutes, we conceded two goals in four minutes.

“I haven’t seen them so far on video and they were both similarly prepared and happened in a similar way.

“Of course it’s extremely disappointing now to speak about the positives but I think we had quite a few positives today.

“But again, it’s about playing in that way and as compact as we did in the first half hour and in parts of the second half.

“But we have to do it in a longer period of time, so right now it definitely feels like two lost points and it almost feels like a defeat, to be honest, after being 2-0 up.”