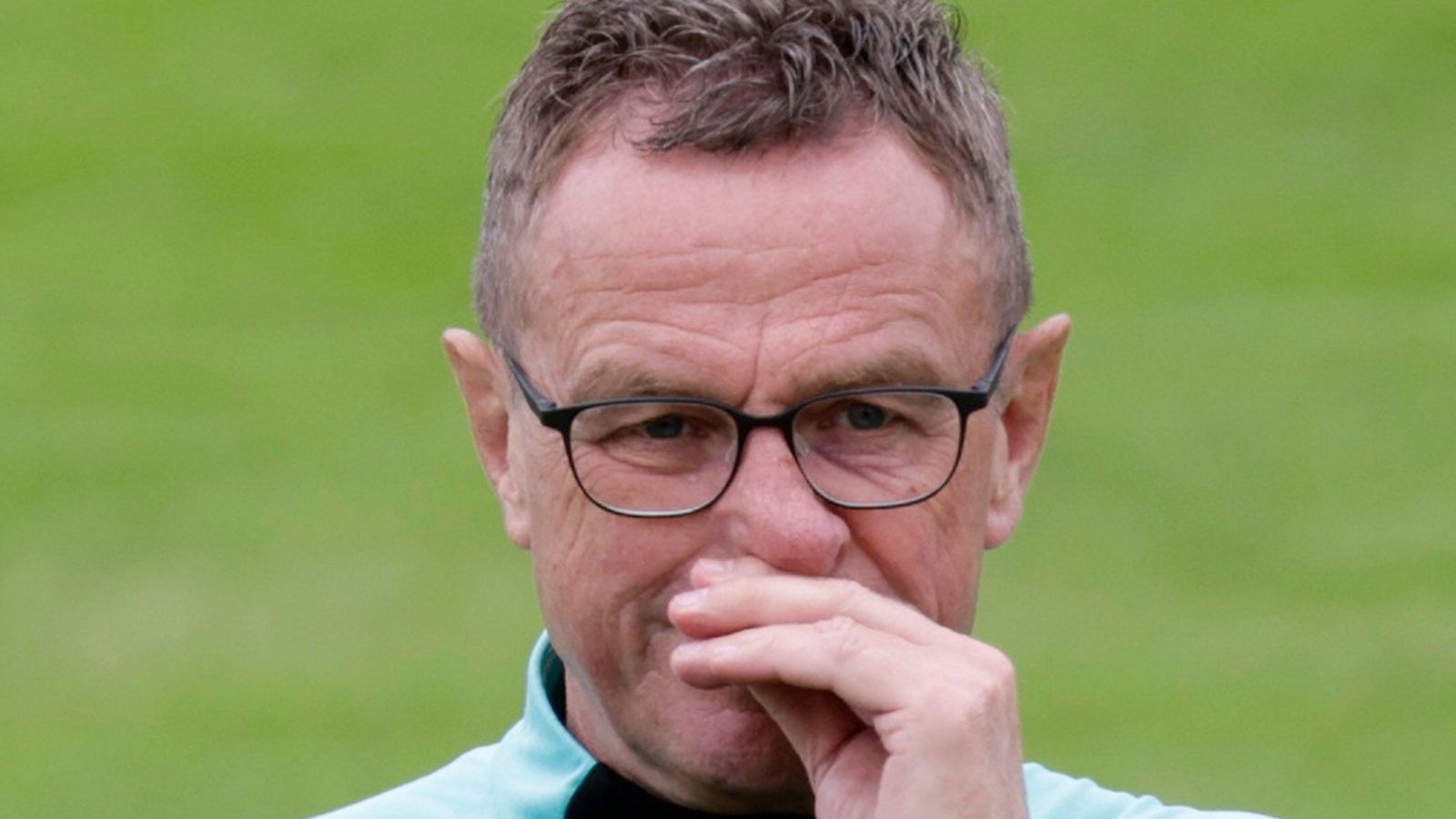 Man Utd are ready to bring in as many as five new players this summer as Erik ten Hag looks to reshape his squad, according to reports.

The Dutchman was announced as the new permanent Red Devils boss last month with Ten Hag finishing the season at Ajax before taking over the reins at Old Trafford.

He will have a lot of work to do this summer if he wants to get Man Utd challenging for the title or even a place in the top four, with the Red Devils way off the pace this season.

The arrivals of Cristiano Ronaldo, Raphael Varane and Jadon Sancho last summer sparked hopes that Man Utd would get closer to rivals Man City at the top of the Premier League table.

Instead, they went backwards, finishing in sixth position, 13 points behind fourth-placed Tottenham and 35 adrift of champions City.

Ralf Rangnick took over from Ole Gunnar Solskjaer in November as interim boss and suggested towards the end of his time at the club that they might need to sign as many as ten new players this summer.

However, Goal claims that Man Utd ‘have no intention of following Rangnick’s advice’ and that ‘Ten Hag could sign five this summer’.

It is Ten Hag’s belief that ‘all departments are in need of address’ but is ‘also confident that a squad that finished second the season before last has far more potential than their performances over the past year suggest’.

Ajax midfielder Frenkie de Jong, who has been heavily linked over the last couple of months, ‘is a leading midfield target’ with West Ham’s Declan Rice and Leeds United’s Kalvin Phillips ‘under consideration’.

The report in Goal adds that ‘Darwin Nunez is strongly admired, as is Jurrien Timber’ with reports late last week indicating that Man Utd had made a bid for the former.

Timber, meanwhile, had his say on his future last week with the Ajax centre-back keeping his cards fairly close to his chest.

“In the end, my gut feeling will be the deciding factor,” Timber told De Telegraaf. “The picture has to be right.

“You can go to a big club. But if you’re not going to play there it’s better to stay with Ajax. And Ajax is also a big club. We play football in the Champions League and I play there together with the best players in the Netherlands. That is not nothing.

“Of course, I can develop further [at Ajax]. I am 100 per cent sure of that. I don’t feel like I’m done at the club. But I can also develop at other clubs.

“I am now focusing on the upcoming international matches and then go on holiday. Then I’ll have to think about it some more.”