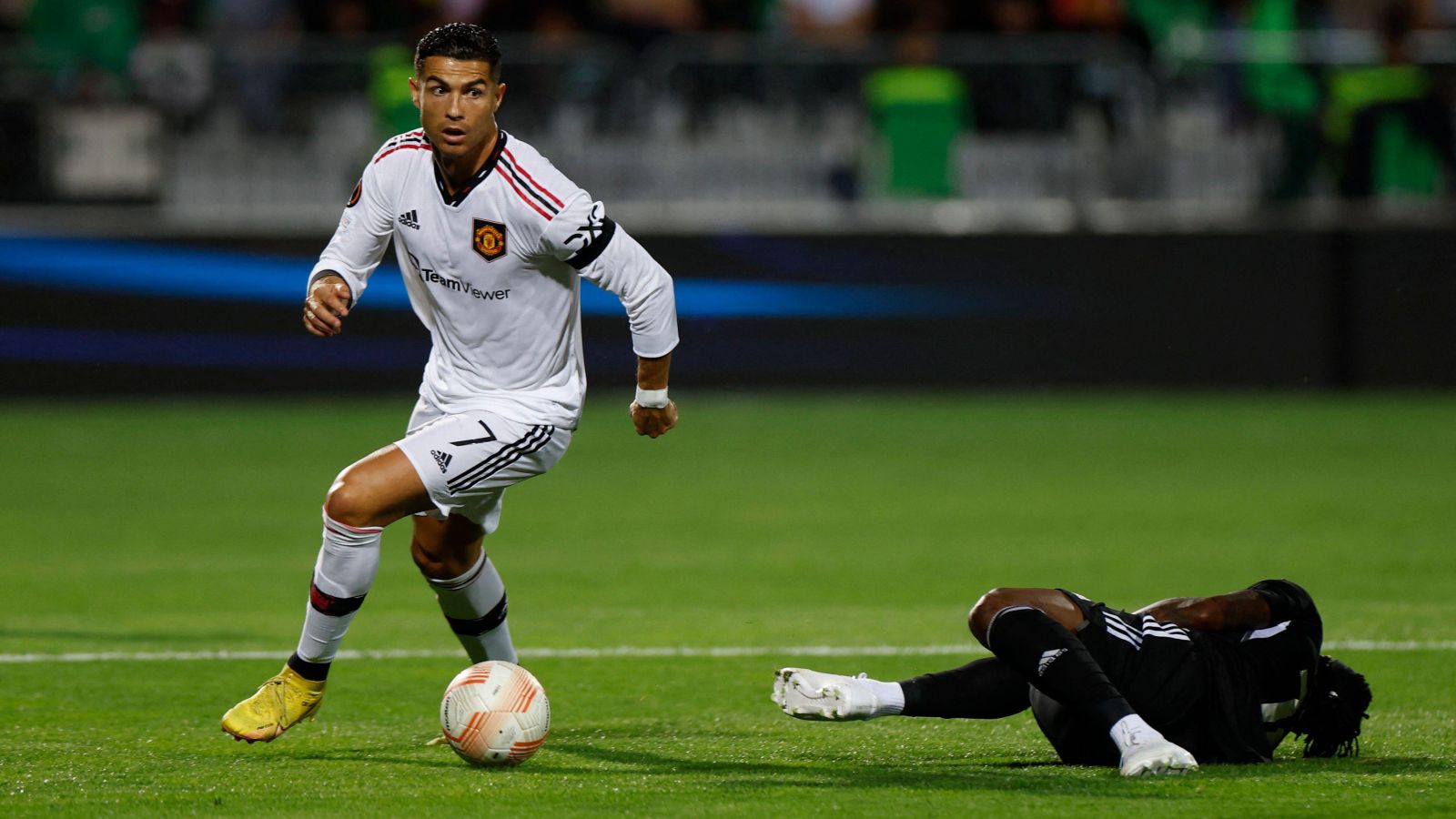 Cristiano Ronaldo has ‘surprised’ Man Utd team-mate Marcus Rashford by giving him ‘constructive criticism’ over his performances, according to reports.

The Portugal international was looking to leave the club in the summer transfer window after the Red Devils failed to qualify for the Champions League last season.

However, a lack of concrete interest from clubs in Europe meant that Ronaldo ended up staying at Man Utd and made his first appearance in the Europa League earlier this month.

The 37-year-old has made just one Premier League start this campaign and five substitute appearances with Ronaldo not used to being among the substitutes.

Rashford is leading the line while Ronaldo is on the bench and The Sun claim the pair have decided to ‘bury the hatchet for the good of Manchester United’.

The newspaper insist the pair have had a ‘difficult relationship’ since Ronaldo returned to the club from Juventus but the Portugal superstar has now ‘become one of Rashford’s biggest cheerleaders’.

Speaking to The Sun, a source said: “Ronaldo has been a bit of a pain in the dressing room and some of the players have been frustrated about the fact he missed pre-season and has been sulking around Carrington.

“But since the transfer window closed, his attitude has improved and he has been very helpful with Marcus.

“He’s been spending time with him, talking about the game and giving his constructive criticism about positioning on the pitch.

“Marcus has been a bit surprised by it because it’s always difficult when you’re playing and a team-mate isn’t and you’re both fighting for the same position.

“But the relationship between the pair has never been better and Marcus knows he can learn a lot from him.

“He’s grateful for the advice and for the fact that Ronaldo seems genuine in that he wants Marcus to improve and succeed.”

Rashford has contributed three goals and two assists in six Premier League matches so far this season and former Liverpool and Chelsea defender Glen Johnson thinks the England international can be “unstoppable” ahead of the World Cup.

“Harry Kane obviously has to start. So does Sterling. I’d probably go with Rashford as my third attacker,” Johnson told Genting Casino.

“I’m a big fan of him and once he fully gets back to his best, he’s unstoppable. Sometimes when his confidence is down, he takes the easy option. He’s rapid, got a great strike on him, it’ll probably surprise people but I’d go for him.

“Rashford, Sterling and Kane would be my starting three at the World Cup, but you have incredible strength in depth. Someone else could choose a different front three and it would be hard to have any arguments”