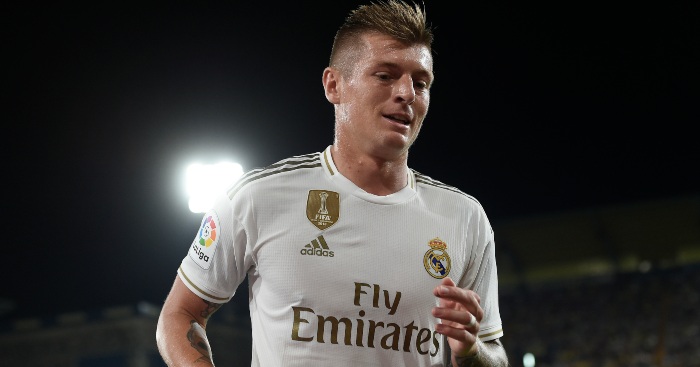 Manchester United are said to be preparing an offer for Real Madrid midfielder Toni Kroos.

The Red Devils failed to strengthen their midfield during the summer, leaving Ole Gunnar Solskjaer light while his squad contends with injuries ahead of today’s visit of Leicester.

United held on to Paul Pogba, but Real Madrid are understood to remain keen on the France midfielder. The Spanish giants could not afford to meet United’s demands during the summer – but Real could use Kroos as a makeweight.

According to BILD, United are ready to make an offer of €75million (£66.9million) for the 29-year-old midfielder.

Kroos was a target for United when he moved to Real from Bayern Munich in 2014. In five years at the Bernabeu, Kroos has won the La Liga title once and the Champions League three times.