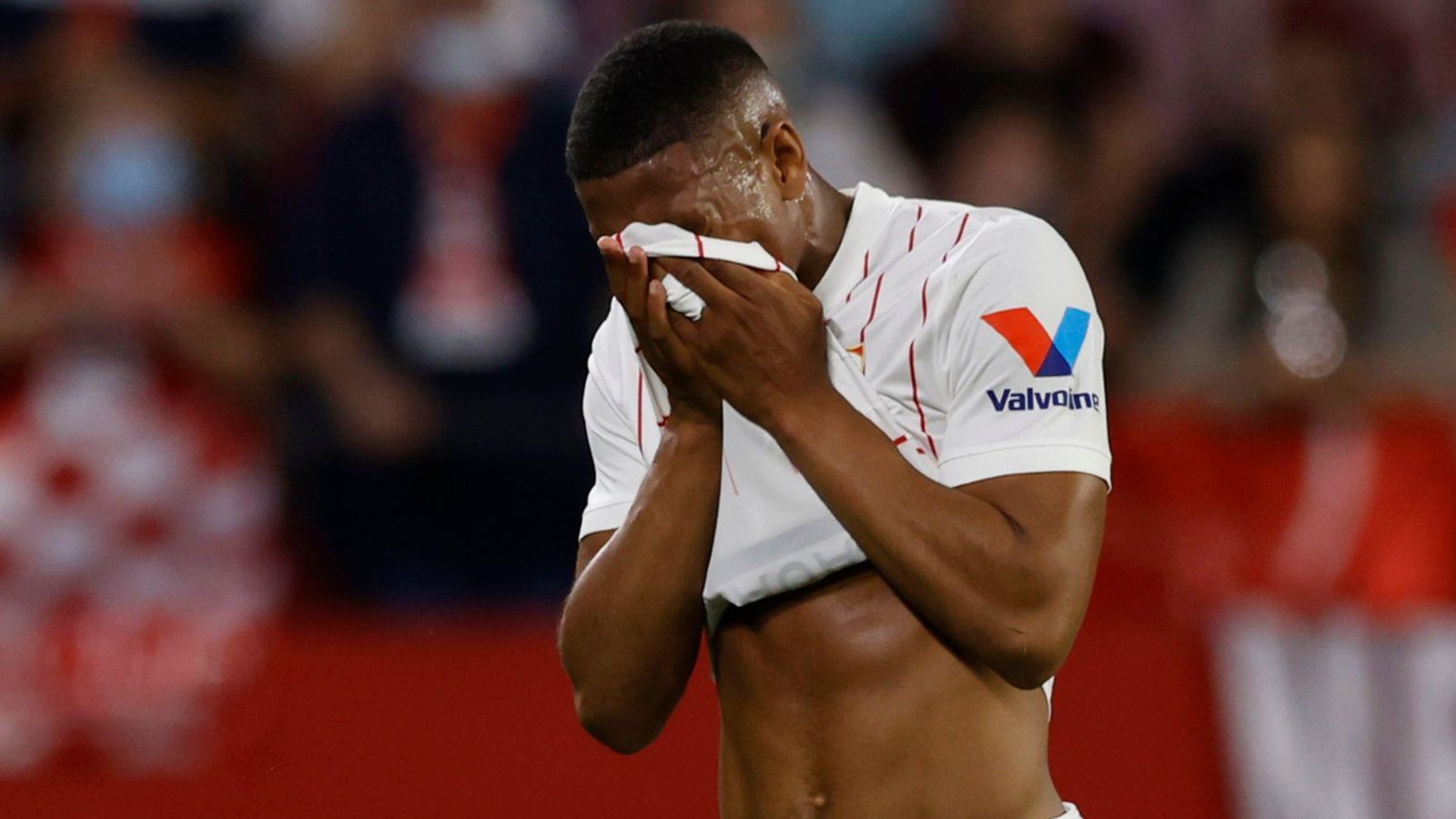 Man Utd have had their first offer for Napoli striker Victor Osimhen turned down but could now include Anthony Martial in a deal, according to reports in Italy.

The Nigeria international moved to Napoli from Lille in 2020 for a club-record fee that could rise to €80m after being linked with numerous clubs around Europe.

Osimhen has once again attracted interest from a number of clubs after scoring 23 goals in 49 Serie A matches during his two seasons at the Diego Armando Maradona Stadium.

Premier League sides Man Utd, Arsenal and Newcastle have been heavily linked with Osimhen over the past few months with the latter looking to flex their financial muscles this summer.

And now Area Napoli insist that the Red Devils have made an offer for the 23-year-old but it was ‘considered too low’ by Napoli president Aurelio De Laurentiis.

Man Utd are now ready to ‘relaunch’ their attempts at signing Osimhen by putting Martial’s ‘card on the plate’ in a potential swap deal.

The report reckons Martial is valued at around €30m in the current market with Man Utd not making ‘a concrete attempt to keep him’ once he returns from a loan spell at Sevilla, where he is yet to score in La Liga.

Man Utd want to ‘insert his card’ into negotiations but it is understood that Napoli would have ‘little interest’ with the Frenchman on very high wages at Old Trafford.

Meanwhile, the Red Devils were destroyed 4-0 by Brighton in their last match with Gary Neville calling them an “absolute disgrace”.

On their performance, Neville said: “With every minute they play football for that club they’re just damaging themselves to a point whereby fans won’t forget. Fans last night were singing, ‘You’re not fit to wear the shirt.’ I’ve never, ever, ever, heard Man United fans resort to that chant.

“That’s the sort of chant you heard at QPR a few years ago, or Sunderland a couple of times where they were walking out if you remember. I’ve never in my time known the fanbase to turn on a team like this one, but it’s now really clear that they’ve thrown the towel in.

“It’s been a disgrace for a couple of months. I mean, they’re still not that many points off fourth place and I said a couple of months ago on this podcast that I felt Manchester United, if they got their act together [they could get fourth]. What’s their record now? They’ve won three in 13? That’s an absolute disgrace. It’s absolutely embarrassing, the players in that dressing room and the cost of that dressing room.”