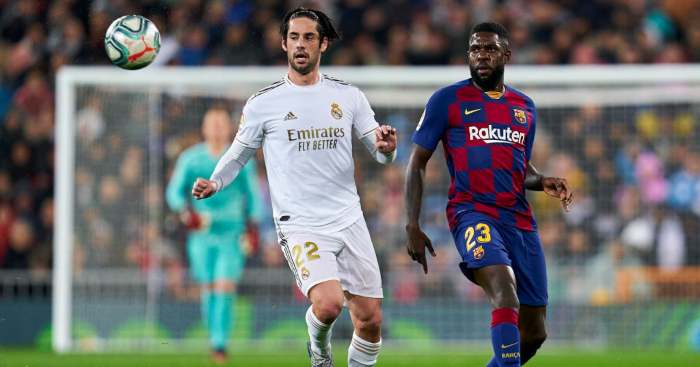 Manchester United will try and sign Barcelona defender Samuel Umtiti, according to reports in Spain.

The France international has only appeared in 11 La Liga matches this season and a further five in all competitions – but he did play a full 90 minutes in their recent loss to Real Madrid.

Man Utd have been linked with signing a new centre-back for a long while now with the likes of Napoli’s Kalidou Koulibaly.

And now Spanish publication Sport (via Sport Witness) claims that Man Utd want to sign Umtiti, who has a €500m release clause in his current contract at the Camp Nou.

Manchester City reportedly identified Umtiti as a target over the January transfer window with Clement Lenglet emerging as Barca’s first-choice partner for Gerard Pique this season.

And now Sport explain that ‘it seems Manchester United are the club willing to make a significant effort to sign him’ with Barcelona looking to raise €130m in sales in the next window.