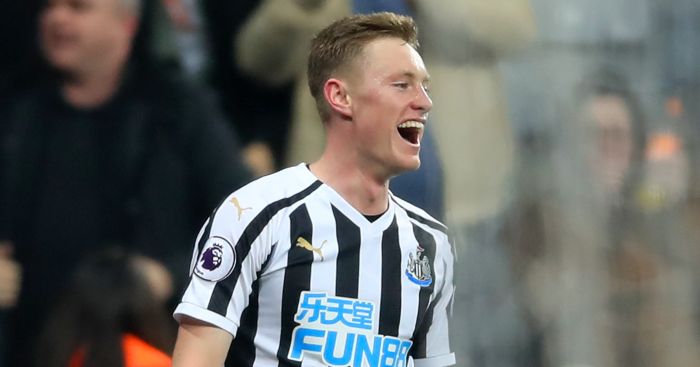 Manchester United are preparing to launch a new £30m bid for Newcastle United midfielder Sean Longstaff, according to reports.

The 21-year-old has emerged as a major target for the Red Devils despite his limited game time at St James’ Park.

The midfielder has made just 11 first-team appearances for his boyhood club and featured eight times in the Premier League last term before suffering a season-ending injury.

United boss Ole Gunnar Solskjaer is desperate to bolster his squad following a season in which his side finished sixth, a whopping 32 points behind champions Manchester City.

Daniel James and Aaron Wan-Bissaka have already arrived at Old Trafford, but Solskjaer is targeting a number of other players, with Longstaff said to be at the top of his list.

Newcastle remain reluctant to sell Longstaff but their resolve is set to be tested with the Daily Mirror stating that Manchester United are ready to table a £30m offer.

The report also claims that the offer is likely to end in failure, with Newcastle taking note of Wan-Bissaka’s £50m move to Old Trafford and valuing Longstaff at a similar price.

It also emerged on Tuesday that United executive vice-chairman Ed Woodward would be remaining in England to oversee transfer business rather than join the club’s pre-season tour.