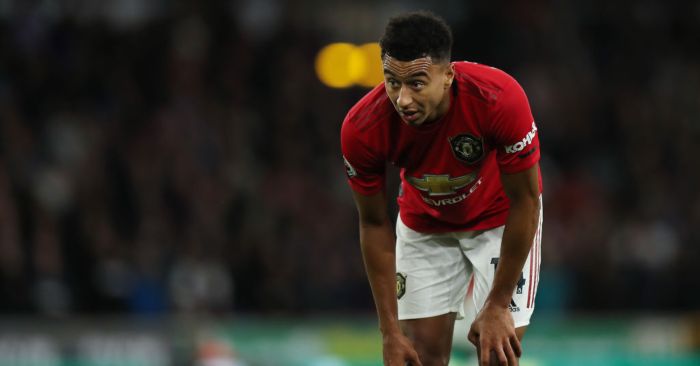 Manchester United are reportedly ready to offload Jesse Lingard in the summer, having lost the confidence of Ole Gunnar Solskjaer.

The 27-year-old has been in woeful form for United this season, and has fallen further down the pecking order following the arrival of Bruno Fernandes in January.

The £47million signing has been a breath of fresh air at Old Trafford, and has shown exactly what the Red Devils have been missing.

OPINION: No, Lingard and Dier should not bloody ‘grow a pair’…

And Solskjaer is said to have been underwhelmed by Lingard’s performances and commitment in training, and has made the decision to move him on, according to Goal.

Mino Raiola has been recruited as Lingard’s new agent, further sparking speculation the England international could be on his way out in the summer.

His contract runs out in 2021 and there has been no indication that a renewed terms are in the offing.

And United are planning on bringing in at least one of Jadon Sancho, Jack Grealish and James Maddison in the summer as they anticipate the exit of Paul Pogba to Real Madrid or Juventus.