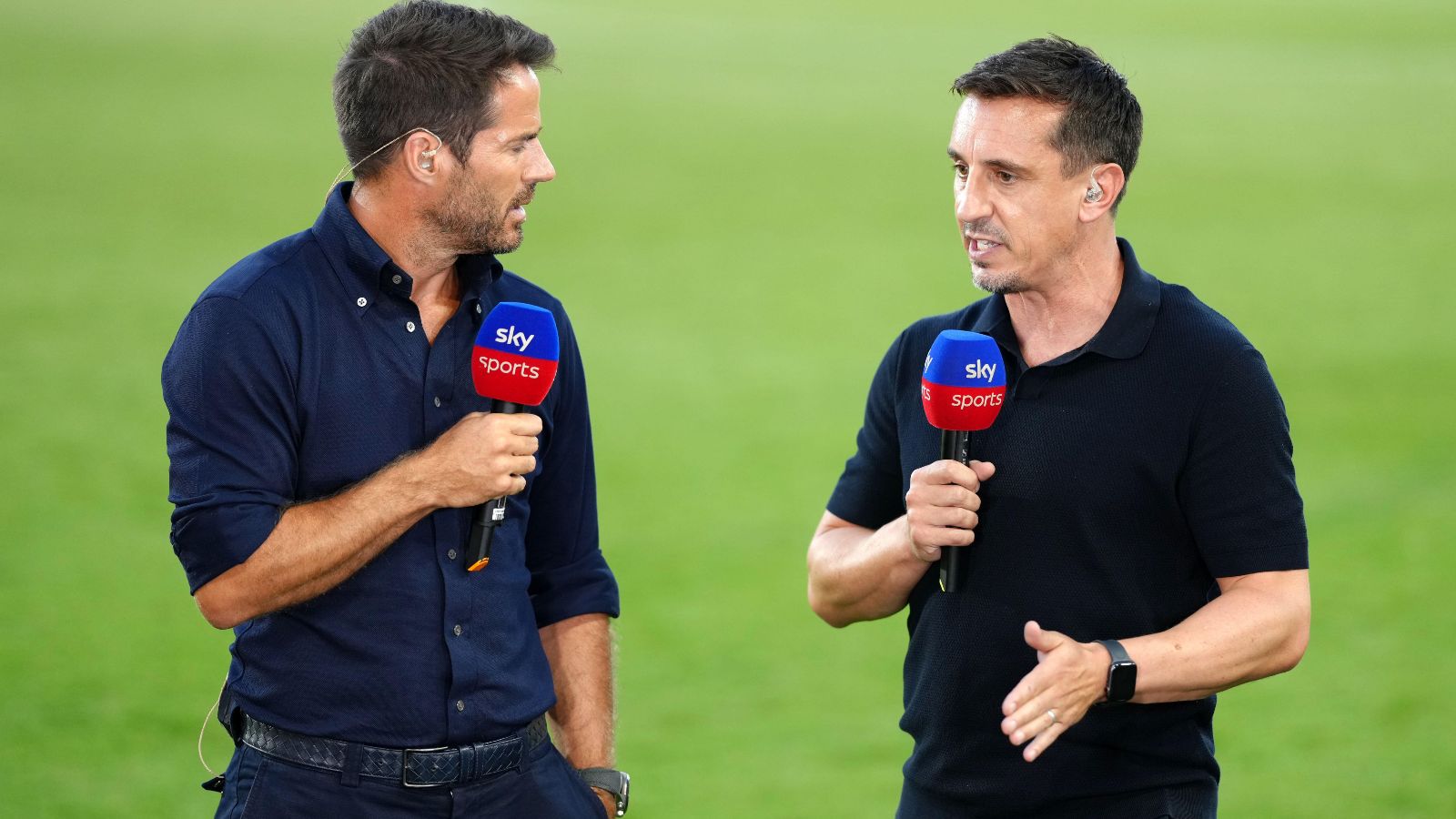 Jamie Redknapp has claimed that “it would be a crime” if Erik ten Hag is unable to get the best out of one Man Utd player in the coming years.

The player in question is Red Devils attacker Marcus Rashford. He looked to be nearing the exit door in the summer as PSG were linked with him after he struggled to make an impact under Ralf Rangnick.

But the Englishman has benefitted from Ten Hag’s arrival and he has been one of the manager’s standout performers this season.

Rashford has grabbed seven goals and three assists in just 15 outings this term. He scored the winner against West Ham over the weekend.

This was his 100th goal for United and he admitted post-match that he was struggling mentally last season.

“I just feel really motivated now, last year I struggled at times with things off the pitch and wasn’t mentally right.”

Club legend Gary Neville thinks Rashford is thriving partly because he is no longer “subservient” to Cristiano Ronaldo.

“It is stark to hear Rashford say I wasn’t in the right headspace going into a match,” Neville told Sky Sports.

“There’s no doubt there was too much being put into his head off the pitch. Too much. Sometimes you have to simplify your life.

“He’s doing so much good off the pitch, it’s incredible what he’s achieving but there comes a point where your bread and butter is your football and I suspect people off the pitch who are close to him, who are probably just pulling him away a little bit from his core, which is his football.

“That’s where he’s talking about his head space. For me, he’s got that back.”

Neville continued: “There were also moments last year, when Ronaldo was available, he’d pass it to him like he was subservient to him. I feel now he’s willing to take [responsibility] and then play him in when he needs to.”

Redknapp later added that Rashford “possesses everything” and should be “an absolute star”.

“‘I wasn’t mentally right’ – when do you really hear a player ever say that?” Redknapp added. “We expect them to be mentally right, ready for the game. He wasn’t in the right head space.

“If you look at his attributes, he possesses everything. He can jump, he can run with the ball, he’s got a ferocious shot, he can take free-kicks… if Manchester United can’t get the best out of this player, that’s a crime.

“I know you have to do it yourself, but you have to find ways of getting someone to produce that level. He has everything. He can play off either side.

“When I felt he might leave the club, he’d have gone somewhere else and thrived and been an absolute star. But now it looks like Man Utd can get that out of him.”