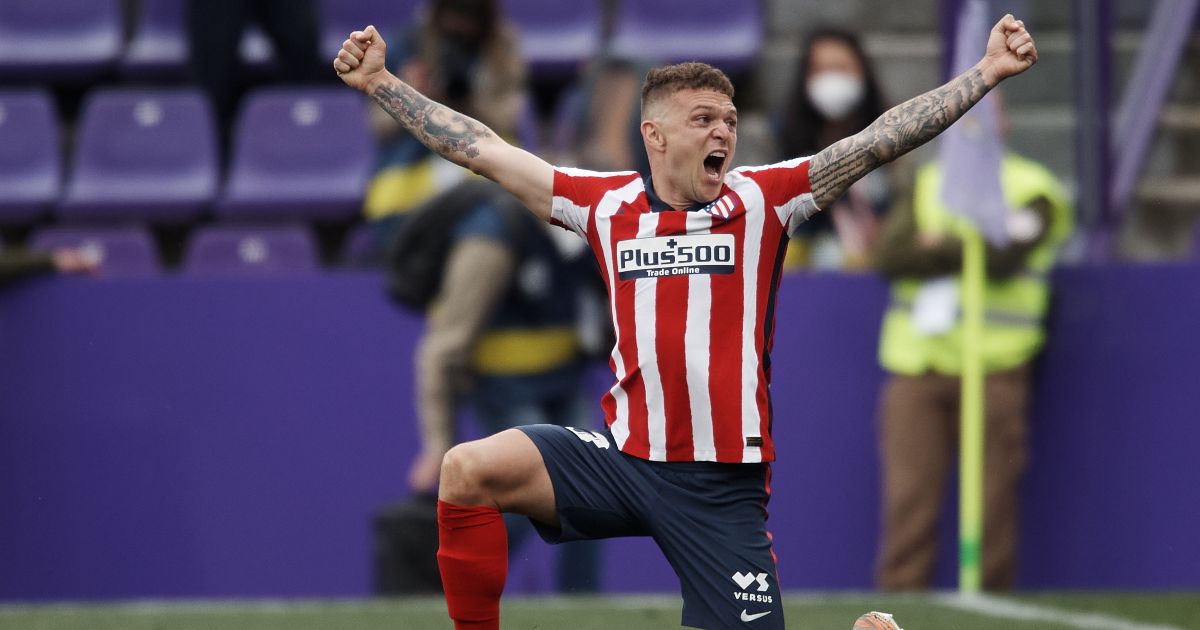 Man Utd are refusing to meet Atletico Madrid’s demands for Kieran Trippier after their initial bid was rejected, according to reports.

The Red Devils are eyeing up stronger competition for Aaron Wan-Bissaka on the right-hand side of defence with the England international not offering as much attacking threat as they would like.

Trippier has kicked on since joining Atletico from Tottenham in 2019 and has been rewarded this season as Diego Simeone’s side won La Liga on the last day of the season.

And now Man Utd have been heavily linked with Trippier – who is currently on England duty at Euro 2020 – as they look to bring him back to the Premier League this summer.

Widespread reports have claimed that Man Utd had a first bid of £10m turned down by Atletico Madrid this week but the Daily Mail claim the Premier League side ‘remain in dialogue over a deal for the England defender’.

However, BBC Sport say the Red Devils ‘are not willing to meet his £20m valuation’ despite other reports insisting Atletico’s demands have been closer to £35m.

Trippier is ‘keen on a move to United to join his family in the north west of England but is unlikely to demand a transfer’.

And BBC Sport adds that United are ‘unwilling to meet Atletico’s current valuation given Trippier’s age and the fact he has one year left on his contract’.

Meanwhile, Trippier’s former boss at Burnley, Sean Dyche, thinks the right-back deserves all success in the world for the hard work he has put into his career.

“He’s a class act, he always was, he’s done fantastically well,” Dyche said in May.

“He’s had his knocks along the way as well. People forget when he first went to Tottenham it took him a long time to earn the respect of the manager there and get in the side but eventually he did, and did so well for them and for England.

“He got his move over there and he’s adapted well, which isn’t easy.

“I saw his talent, we witnessed him in training and thought he could be a top player.

“He adapted to the demands physically, which was a bit of a challenge for him, and to be fair to him he changed his lifestyle in a positive way, taking it more seriously about his shape and physicality.

“But he is quality, there’s no two ways about it.

“He’s professionalised himself really. We gave him a bit of guidance, things we thought would be important for him, but he deserves the credit for his journey. He’s taken on the information and ran with it. He deserves everything he gets.”