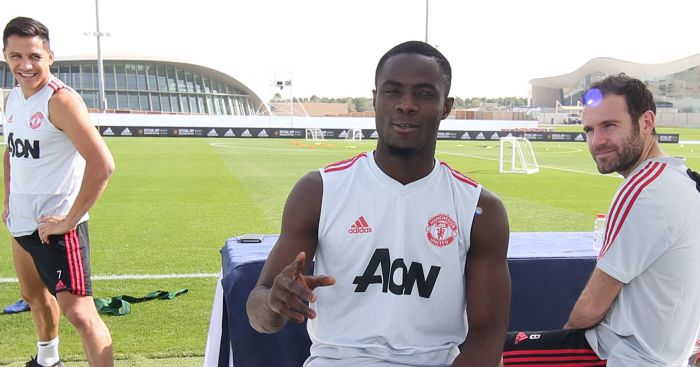 Manchester United have rejected a loan offer from Arsenal for their defender Eric Bailly, according to reports.

The Daily Mail claims that Unai Emery wanted to bring Bailly to the Emirates Stadium on loan until the end of the current season.

The Ivory Coast international has only started six Premier League matches all season and is not a first choice centre-back under caretaker boss Ole Gunnar Solskjaer.

He was sent off in the only match he played in Solskjaer’s seven matches in charge against Bournemouth in a 4-1 win.

With that in mind, the Gunners reportedly enquired about the possibility of a loan deal but United have no intention of helping one of their rivals, especially at a crucial stage in the campaign.

Bailly only has 18 months remaining on his deal at Old Trafford after Jose Mourinho spent £30million on him in 2016.

The Red Devils do have the option in his contract to extend it by two years, but the report indicates that the United hierarchy are waiting until they have a permanent manager in place before making a decision.

It is understood that Bailly wants to ‘stay at United and prove himself’ despite the Gunners offering a temporary route out.

Arsenal boss Emery has been limited to loan signings in January and was hoping to bring in defensive cover after the recent injuries to Rob Holding and Hector Bellerin.