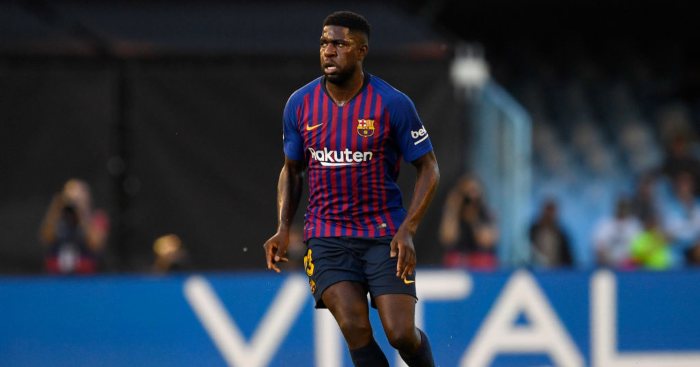 Manchester United are looking to sign Barcelona defender Samuel Umtiti as they continue to explore defensive targets, according to reports.

Umtiti has slipped down the pecking order at Barcelona this season, due to injury problems and the form of summer signing Clement Lenglet, who has established himself as the first-choice partner for Gerard Pique.

Consequently, it was claimed that Barca could look to cash in on the Frenchman after three years at Camp Nou – but reports have suggested the Catalan club are not prepared to let him leave on the cheap.

A ‘Top Secret’ report in Mundo Deportivo (via Sport Witness) claims that United are back in for Umtiti after being keen on him last summer.

Rumours of interest have refused to go away this season and the report adds that United have decided to ‘ask questions’ to Barca about a potential transfer.

United’s rekindled interest in Umtiti comes at the same time that reports have been rife of the Catalan club’s desire to bring Victor Lindelof in the other direction.

It is understood that the Blaugrana have contacted United over the possibility of bringing the Sweden international to Spain, but after speaking to them ‘several times’ the answer is always ‘no, thanks’.

The report in Mundo Deportivo continues by saying that the stance of both clubs is that the two players are non-transferable, despite the interest.