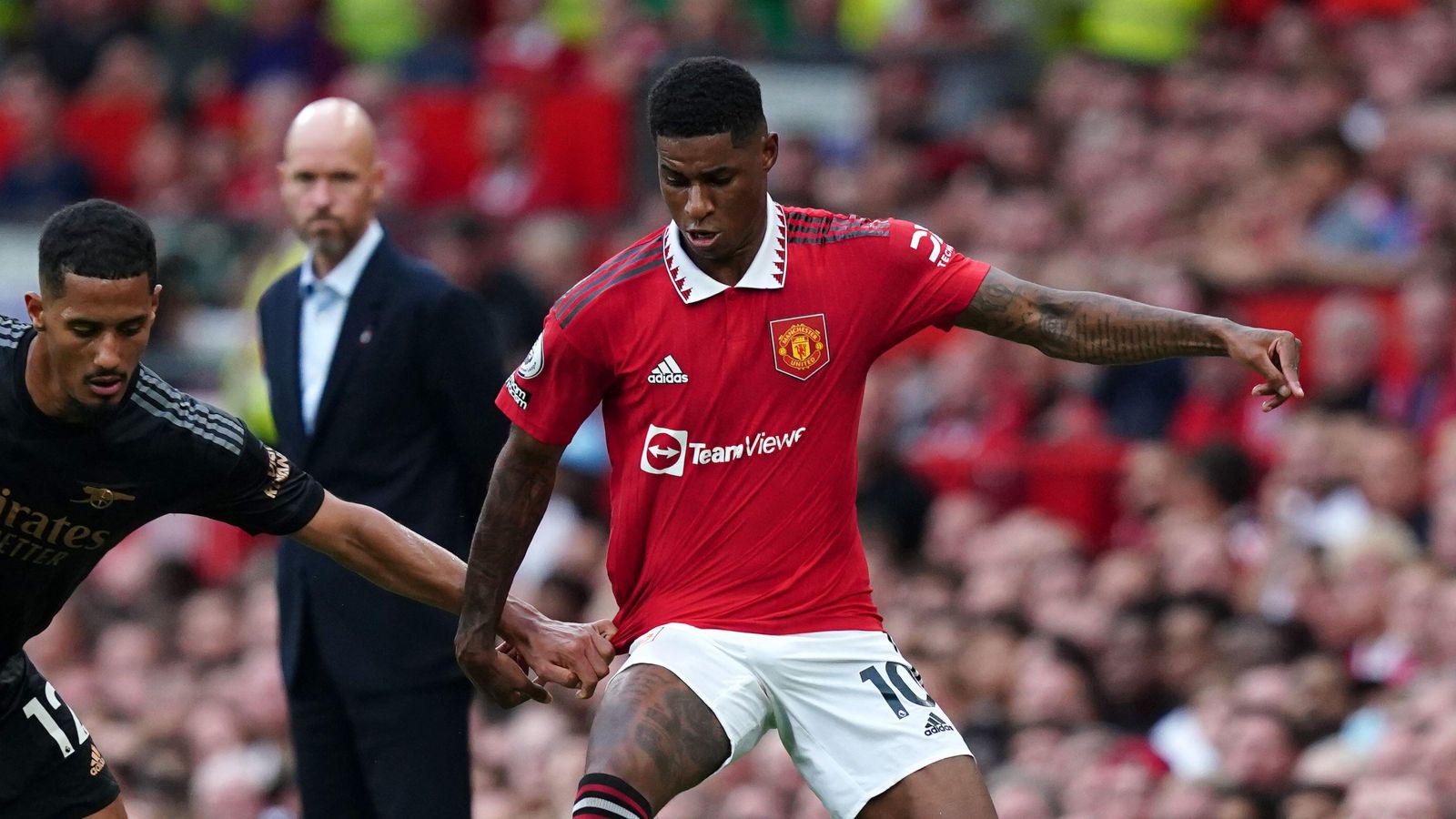 Man Utd are reportedly ‘relaxed’ about Marcus Rashford’s contract situation amid his bright start to the 2022/23 Premier League campaign.

After returning to full fitness, Rashford was among the United players who struggled as they finished sixth in the Premier League.

The striker has been afforded a fresh start under Erik ten Hag this season and he has made the most of this so far.

He scored a brace in Man Utd’s 3-1 win over Arsenal on Sunday afternoon at Old Trafford. Antony also got on the scoresheet as United picked up all three points.

“He has had a full preseason with the club, different [from] last summer. Now he looks settled, he is happy in his mind set and when Marcus is at it, he is a handful.

“You don’t want to play against him because he causes problems. When he stretches teams he is a good player.

“Today, he was outstanding, it was an absolutely brilliant performances. And I have been tough on him the last year or two. He needs to be more consistent but today, fantastic.”

Before this season started, French giants PSG were linked with Rashford and it was even reported that talks over the transfer were ‘moving positively’.

It was previously reported that Spurs had made an approach to bring him to The Tottenham Hotspur Stadium.

Fabrizio Romano has now rebuffed reports that Tottenham were keen to sign Rashford, but he does not that PSG “have always had interest” in him:

“Marcus Rashford looks back to his best under Erik ten Hag, with three goals and two assists in his last four games,” Romano told Caught Offside.

“Still, there was speculation surrounding his future in the summer and I wanted to address that here.

“Despite some claims to the contrary, Tottenham have never approached Rashford this summer. PSG have always had an interest in the player, but there has never been an official offer.

“Rashford’s current contract expires in 2023, but Man United are relaxed because they have an option to extend the contract for another year until 2024, so more on that later.”