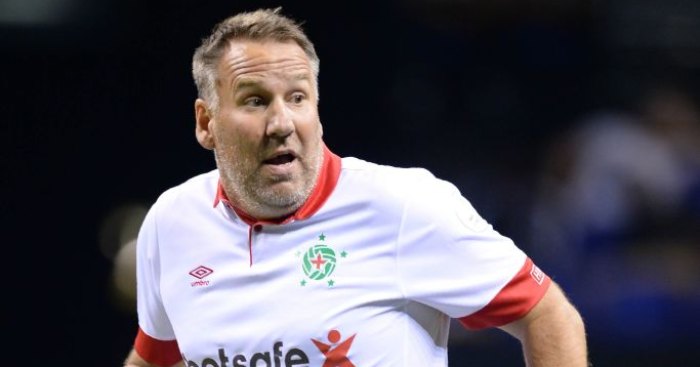 Paul Merson thinks Man Utd need to rest Bruno Fernandes against Liverpool in the FA Cup as the Red Devils should “prioritise the title race”.

Fernandes’ Player of the Month award for December was a record-breaking fourth of the year, yet the midfielder has failed to scale the same heights in the opening weeks of 2021.

The playmaker was below par in Sunday’s 0-0 draw at Liverpool – something pointed out by former United skipper Roy Keane – with the Portugal international failing to contribute a goal or an assist since New Year’s Day against Aston Villa.

Merson told the Daily Star: “Manchester United should rest Bruno Fernandes against Liverpool this weekend. He looks tired to me. He’s played every single game in the league and all those minutes start to add up after a while. For me, he doesn’t play in this game. United haven’t had a chance to win the league like this for a few years.

“They have to take this chance and prioritise the title race. The FA Cup just isn’t as important. It’s more important to keep him as fresh as possible for the league. He lifts them. They look to him to make things happen.

“United basically parked the bus against Liverpool in the league game. Jose Mourinho would have got slaughtered for it. But it worked because they got a draw and that’s all they needed. They might have more of a go in this one but they won’t want to open up too much and lose heavily.”

However, when asked about resting Fernandes before their victory over Fulham, Solskjaer said that he did not believe the frantic festive schedule has taken its toll on the Portuguese.

“His form is very good,” the Man Utd boss said. “He was just voted Player of the Month. He’s not tired, no. No chance.

“He is one of the players who runs and covers the ground in every single game. Very good at recovering, very good at recharging his batteries.

“If he’d scored his free-kick or just had a little air on the ball when Luke (Shaw) put the cross in, he would have been lauded as the best player in the Premier League again.

“Since he’s come in, he’s been absolutely immense. No, he’s not tired. If I ask him there’s absolutely no chance he’ll say he’s tired.

“He’s expected to create goals, score goals and sometimes the margins are against him.

“That free-kick, I saw that one in! There was a couple of passes that he plays through and it’s just marginal as to whether the player was on or off.

“So he’s always on the verge of creating something, even when he loses the ball, and that’s the position I want him in and that’s what he’s been told to do. He has to be the creative one. I want him to play the passes he sees.”