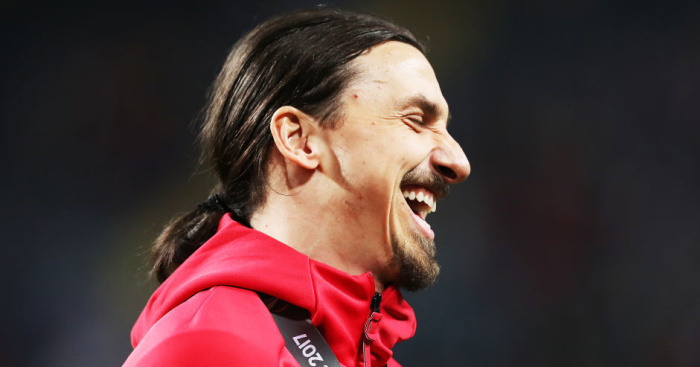 The Mourinho tenure at Man Utd was an altogether more rowdy affair than under current boss Ole Gunnar Solskjaer.

More trophies were forthcoming, but controversy or discord never seemed to be far away while the Portuguese firebrand was at the helm.

Now, out-on-loan centre-half Rojo has revealed details of a remarkable dressing room squabble between himself and Ibrahomovic, in which the Swede took exception to comments about his personal appearance.

Rojo told Infobae (via The Metro): ’He (Ibrahimovic) wanted all the balls, you see. We were winning 1-0 at Old Trafford. We had the ball.

‘We were giving them a dance, I was playing central defender.

‘I come out playing, I pass half the pitch.

‘There he pulls back. The pass between the lines was there. But there was Pogba alone on the left, so I gave it to him, and Paul began to showboat. Zlatan starts cursing me.

‘I follow it. “Shut up, big nose. You want all the balls.” Arguing loudly. We finish the first half and go to the locker room. I’m in my place, taking off my boots.

‘And he enters angrily, he kicks something. He stops, looks at me and yells at me: “What did you say to me?”

‘So I also stop and say – ‘What did you say to me?’ – Although inside I was hoping someone would separate us because he could have killed me.

‘And the English, all big, separate us. Mourinho enters screaming, scrambling bottles. A mess in the locker room. Then it’s done, we win and go to the next round.

‘The next day, early, I was having breakfast. I felt grabbed at the back of the neck, and I couldn’t turn. And he says – “What did you say to me?” – and he started laughing.

‘Anyway, thank goodness the karate move was a joke: I was already done, I’d never get out of it.’