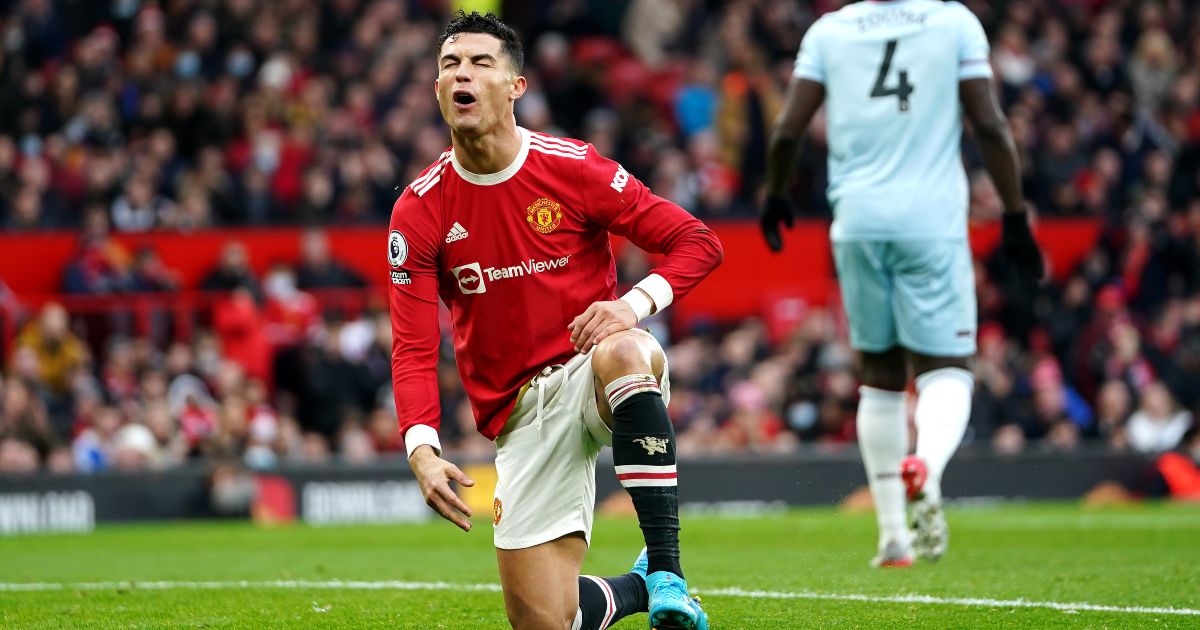 Man Utd striker Cristiano Ronaldo has reportedly instructed his agent to speak to Florentino Perez about a potential return to Real Madrid.

The Portugal international has scored 14 goals in 23 appearances in all competitions for the Red Devils after rejoining the club from Juventus in the summer transfer window.

Although Man Utd are now up to fourth following a last-gasp 1-0 victory over West Ham at the weekend, they are still falling short of Ronaldo’s ambition to win the Premier League title and other trophies this season.

Ole Gunnar Solskjaer was replaced by interim boss Ralf Rangnick in November but, despite results being quite good, their performances have been poor.

That has led to rumours earlier this month about cliques in the Man Utd dressing room with numerous unhappy players in their bloated squad.

The Sun have previously indicated that Ronaldo has held talks with the Red Devils hierarchy about potentially ending his Man Utd ‘nightmare’.

The report said last Wednesday that Ronaldo and his representatives are ‘concerned at the way the club is going’ with the Portugal international wanting ‘to end his career as a winner and right now there is little chance of that happening at United’.

And now Spanish publication Nacional claims that Ronaldo ‘has asked’ Real Madrid president to return to Real Madrid ‘through Jorge Mendes’ as he seeks a wait out of Old Trafford.

The 36-year-old ‘is not happy’ at Man Utd despite his hope ‘to retire there, fighting for all the titles, and adding to his legend’ and is now ‘considering his return to Real Madrid’.

Man Utd currently occupy fourth spot in the Premier League but Nacional reckons they are ‘in danger’ of missing out on Champions League qualification.

‘If that happens, Ronaldo is clear that he will leave Old Trafford’ and he has told his agent, Mendes, to ‘start negotiations to find another destination for him’.

Ronaldo would be ‘delighted to return to Madrid’ as he ‘misses his days in the capital of Spain, and they have proposed his signing Florentino Perez’.

Nacional finishes by saying that Real fans would be ‘delighted’ to see Ronaldo return but that potential summer signing Kylian Mbappe ‘wouldn’t be very amused’.