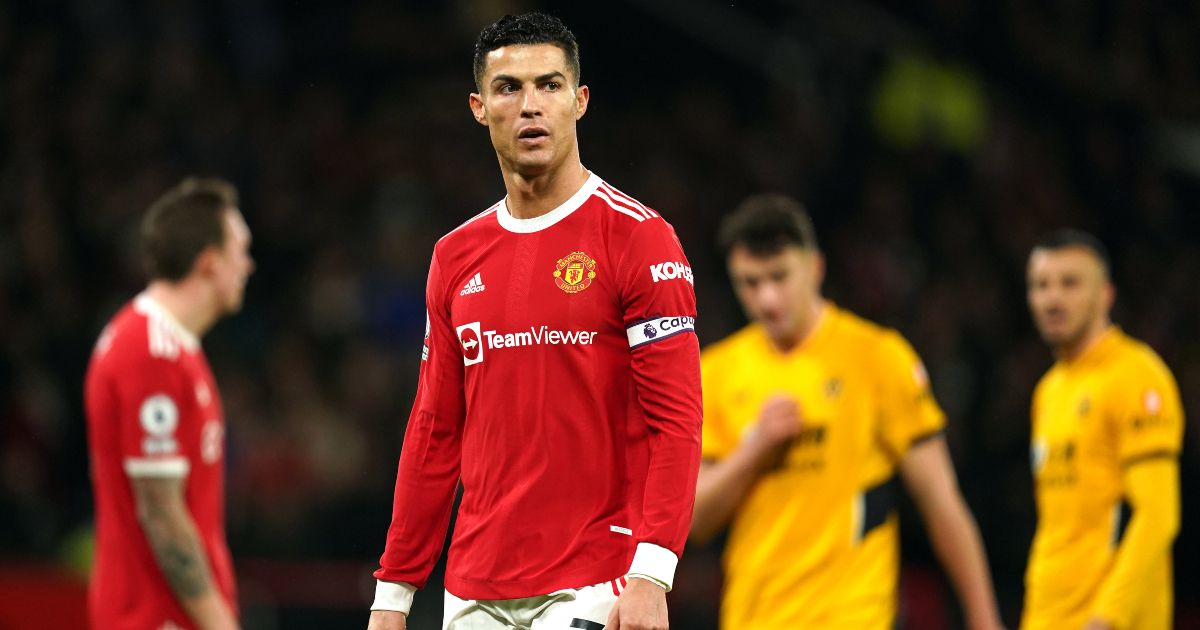 The Portugal international – who has scored 14 goals this season – rejoined the Red Devils in the summer transfer window after 12 years away from Old Trafford.

There were rumours he was on the verge of joining United’s arch-rivals Man City before he became aware of interest from the Old Trafford giants.

‘Funny’ Woodward could never get Klopp and did an alright job

And Sinclair is now convinced that his former club City “dodged a bullet by not signing” Ronaldo with rumours of discontent in the Man Utd dressing room.

Sinclair told talkSPORT: “I’m starting to think that Manchester City dodged a bullet by not signing Cristiano. I really think that.

“You look at some of the players who are really struggling for form at Man United, [Jadon] Sancho, [Marcus] Rashford.

“He’s got to know his role. You’re a footballer, hired by the football club, keep your mouth shut at times – that’s what you’ve got to do.

“I think he’s causing a lot of problems at the football club. Not just his lack of goals in recent times but the fact that Ole’s gone, and then Michael [Carrick] went in and dropped him for a game.

“I just feel it’s been one of those signings where it’s looked good, but it’s far from good.

“And, for me, one of the reasons I think he may not have considered Manchester City – and it wasn’t trophies, because he would have won silverware there – is because he didn’t want to be second fiddle to Pep.

“Whereas he could go into United and almost feel like he could bully Ole a little bit, obviously Carrick was a stand-in manager, and then Rangnick has gone in there.

“I think he just wants to do what he wants for him, and it’s not the best for the club.”

One criticism of Ronaldo has been his negative impact on his Man Utd team-mates with Andy Cole insisting Bruno Fernandes hasn’t been the same player with his compatriot around.

“It’s been funny at the moment. Ronaldo’s come back and it’s like [Bruno’s] whole game has changed,” Cole told Premier League Productions.