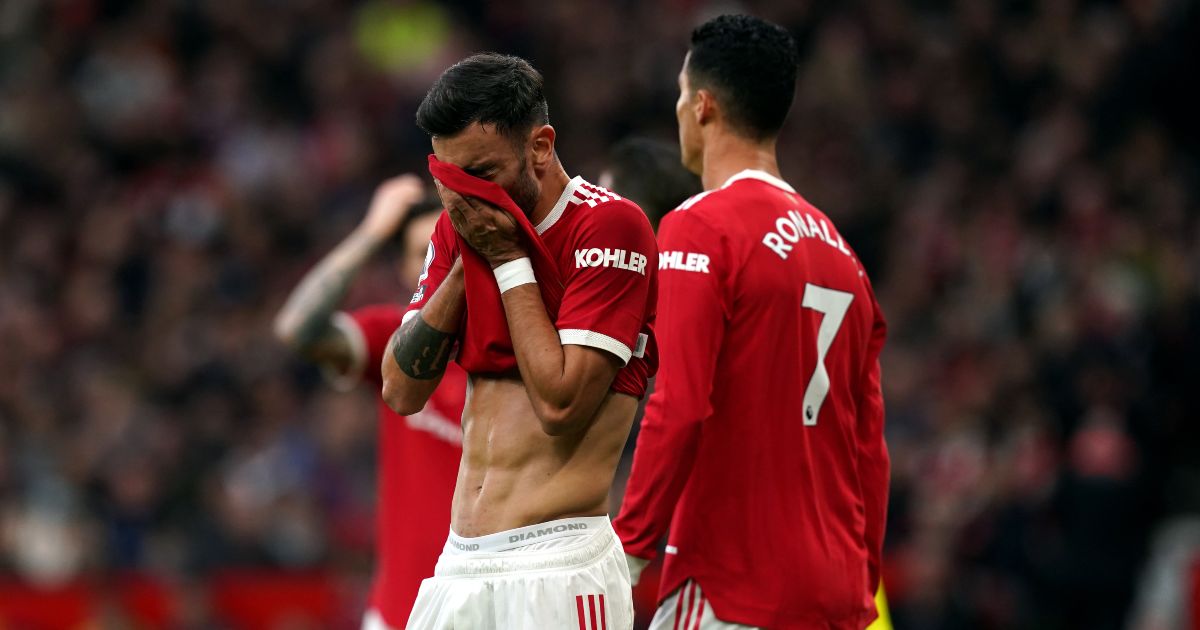 Cristiano Ronaldo and Bruno Fernandes are among a number of Man Utd players with doubts over the current setup at Old Trafford, according to reports.

The Red Devils have lost four of their last six Premier League matches, while they have only won three of their last ten matches in all competitions.

Ole Gunnar Solskjaer’s side have lost both of their last two home matches to arch-rivals Liverpool and Man City by an aggregate score of 7-0.

Their poor form has seen them slip down to sixth in the Premier League table, nine points off leaders Chelsea.

Much had been expected of Man Utd this season after they brought in Jadon Sancho, Raphael Varane and Cristiano Ronaldo in the summer transfer window.

But now the pressure is growing on the club’s hierarchy to sack Solskjaer, who is in his third full campaign at the Old Trafford helm.

And the Daily Mail claim that the Man Utd board ‘would have preferred to wait until the summer to assess the situation’ but their poor form means ‘action may be forced on Solskjaer’s bosses’.

It is understood that ‘doubts are growing within a squad of players’ with Fernandes ‘among the players who feel as though they aren’t being given a clear plan by Solskjaer and his overgrown backroom team, with others expressing concern that too many young coaches are learning on the job’.

The report adds: ‘Ronaldo was well aware when he returned to United that times had changed in the 12 years he had been away, but the Portugal star is said to be shocked at just how far the standards have slipped.’

Donny van de Beek has barely played in the Premier League since joining Man Utd from Ajax in 2020 and his team-mates at Old Trafford ‘don’t understand why he hasn’t been given more of a chance’.

And the Daily Mail continue: ‘There is also a feeling within the dressing room that Solskjaer shows favouritism to some players and is too soft on the squad.’

Meanwhile, a report in The Athletic has claimed that Solskjaer is extremely likely to be in charge for the Watford match when the Man Utd squad return from the international break.