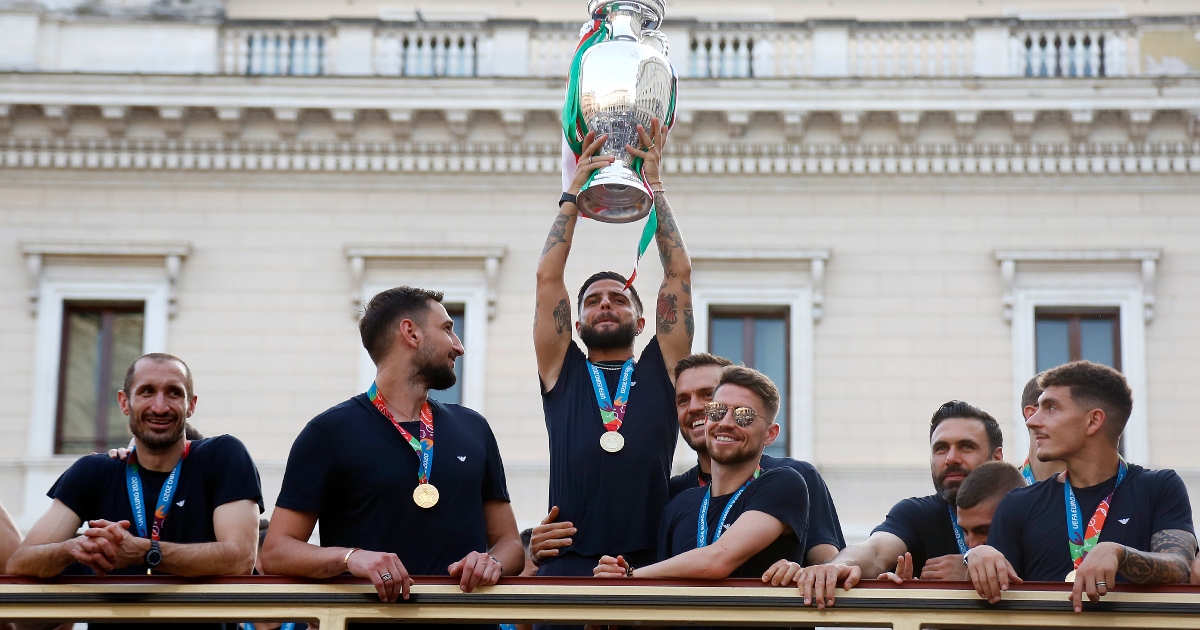 Lorenzo Insigne may not get what he wants from a new Napoli contract and rumours of a dispute has reportedly ‘aroused the interest’ of Manchester United.

READ MORE: Ole out, Bruce in? And more mails from conflicted Newcastle fans…

And that’s led various teams from across Europe to keep an eye on his situation ahead of January, when Insigne will be free to talk to potential suitors ahead of a free transfer in the summer.

The situation has ‘inevitably aroused the interest of some European clubs’, the report states, with United mentioned.

Ole Gunnar Solskjaer’s side ‘would not mind dealing with him and, probably, if he were to leave Naples, Lorenzo would also not mind living the Premier League experience in one of the most prestigious clubs in Europe’.

It’s thought Insigne would prefer to remain in Naples to cement his standing as a true club legend.

But there is currently ‘not even a shadow of a renewal’ agreement for the club captain, who will likely have to accept a lower wage offer than he desires if he is to remain with the Serie A side.

Meanwhile, Kevin Phillips claims the Newcastle takeover could be bad news for Solskjaer at United.

“Every week you step on to the touchline at Manchester United you are under pressure though. It is the nature of the job,” Phillips said.

“The results and performances of late have not been good enough. There needs to be an improvement after the international break.

“The new ownership at Newcastle may trigger things in the United boardroom. They might make a decision if they fear Newcastle are going to take one of the top managers out there.”