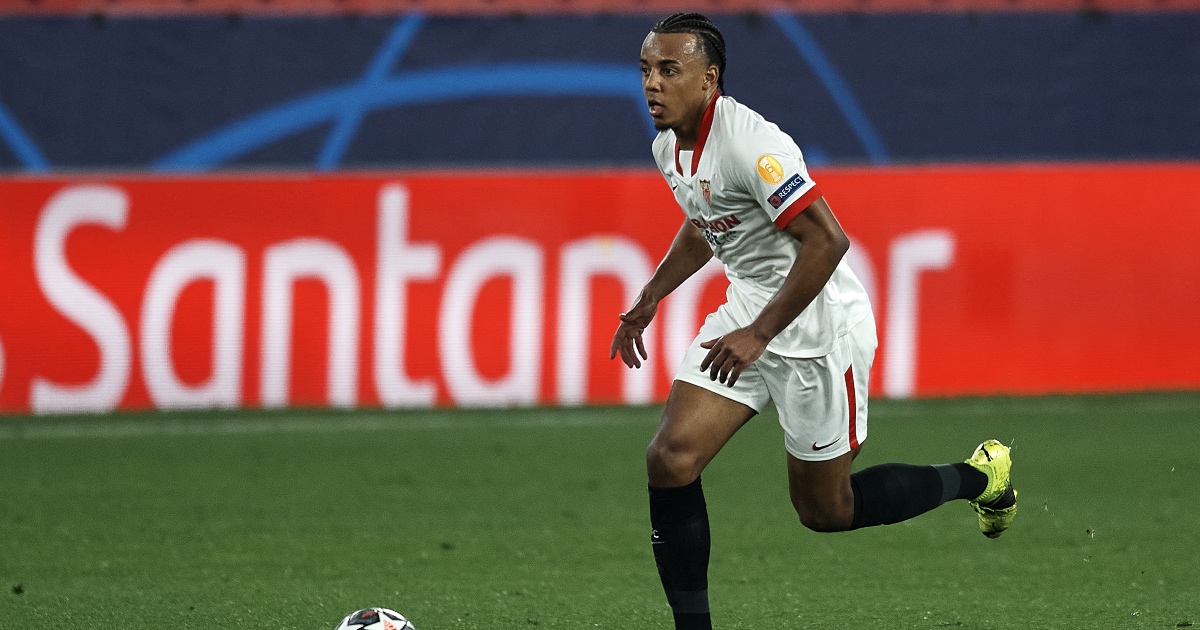 Man Utd have decided not to sign Sevilla defender Jules Kounde due to the player’s excessive release clause, according to reports.

The Red Devils were linked with Kounde in October as Ole Gunnar Solskjaer aims to improve his defence.

It was thought that the 22-year-old could become Harry Maguire’s new partner at the back.

According to the Daily Mail, Man Utd will not activate Kounde’s £68million release clause this summer.

United will continue to monitor his progress but have put off a move for the Frenchman for now.

Sevilla are refusing to lower their asking price as a result of the COVID-19 pandemic on their finances.

The Spanish outfit will only sell their star defender for a massive transfer fee, with Sevilla having ambitions of their own to improve their chances of a La Liga title in the sports betting markets.

United aren’t the only side to be interested in Kounde, which means he could still secure a move in the coming months.

Man City were linked with the player before deciding to sign Nathan Ake and Ruben Dias at centre-back.

Paris Saint-Germain have now become the favourites to land Kounde.

Last week, reports emerged stating that the French side were willing to pay €20million more than United for his signature.

They’re on the search for a top-quality centre-back to compete with Marquinhos and Presnel Kimpembe.

Kounde fits the bill as he continues to impress in both La Liga and the Champions League.

He’s made 33 appearances in all competitions this campaign. That includes 20 in the Spanish top flight as Sevilla hunt Atletico Madrid and Real Madrid for the league title.

The Norwegian striker got the better of the defender, scoring a brace as Dortmund won 3-2.

For now, it looks like Solskjaer will continue to play Maguire and Lindelof in defence.

Man Utd will prioritise the signing of RB Leipzig defender Ibrahima Konate in the summer.