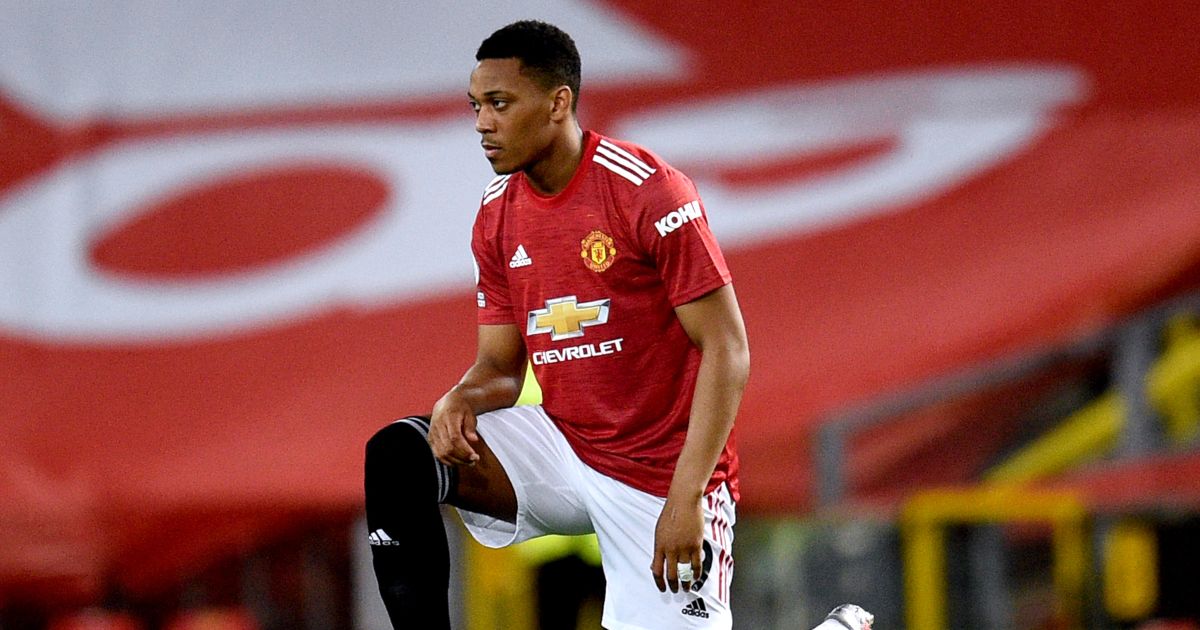 Premier League side Man Utd have offered striker Anthony Martial to Real Madrid this summer, according to reports.

The Frenchman has had a disappointing campaign for the Red Devils, ending the season with just seven goals and four assists in 34 appearances in all competitions.

Martial has come in for a lot of criticism this season from pundits and former players with Man Utd reportedly prepared to offer him as part of a potential swap deal for Harry Kane.

There have been rumours he could move on this summer and now journalist Duncan Castles claims that Ole Gunnar Solskjaer is keen to move Martial on, with the Man Utd striker offered out to Real Madrid.

Castles told the Transfer Window Podcast: “Anthony Martial is to be sacrificed should they get this new forward in. Solskjaer is tired of his attitude and hasn’t been impressed with his goal production and general knitting into the team this season.

“He has been offered to Real Madrid as an option for them in attack and he’s also being offered as a season loan, a high-value season loan with a loan fee and an option to buy.

“When you can get him relatively cheap, in terms of transfer cost, loan fee cost, albeit expensive in terms of wages.”

Lee told FootballFanCast in March: “He’s such a talented lad, he’s quick and he can finish well but some days, he just doesn’t seem interested.