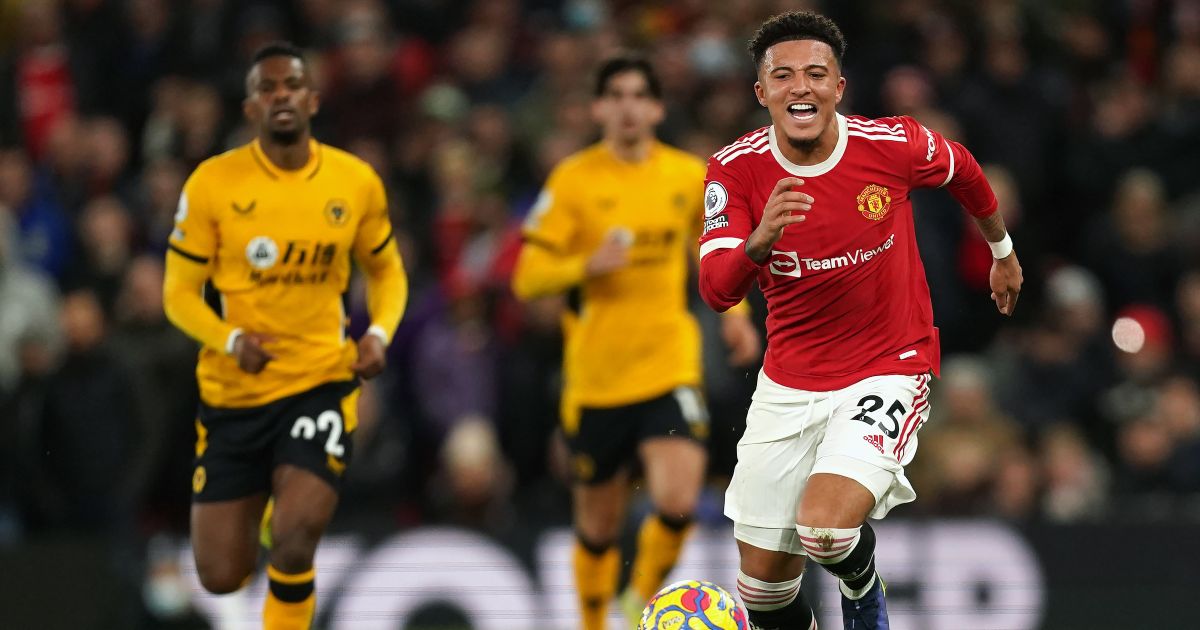 Man Utd winger Jadon Sancho has been offered to Barcelona after his poor start to life at Old Trafford, according to reports in Spain.

He made the long-awaited switch from Borussia Dortmund in the summer after being close to joining United last year.

The England international cost around £73m from and has got off to a very slow start at Old Trafford, only providing one goal and no assists in his first 17 Premier League appearances.

And now Spanish publication Nacional claim that Sancho has ‘been on the table’ for Barcelona as Xavi looks to improve his squad at the Camp Nou.

It is understood that Sancho ‘has been offered and the Blaugrana club has not ruled him out’ after showing ‘enormous potential in Germany’.

Nacional admit it is ‘not normal for Manchester United to be willing to sell one of their great stars’ and Xavi knows it’s a ‘good market opportunity’.

Man Utd will not allow him to leave for less than €60m (£50m) but the Barcelona boss isn’t interested at the moment anyway as he ‘doesn’t trust the winger’s extra-sports life’.

Xavi believes it is a ‘risky operation, something that Barça must flee from at the moment’ with €60m ‘too high an amount’ but they could ‘consider the operation again’ in the summer transfer window.

Rangnick admitted on Tuesday that Sancho had been struggling with the pressure that comes with such a big-money move.

“It’s a different league and he is playing for one of the biggest clubs in the world. It’s also got to do with a lot of the things up here in his head,” Rangnick said.

“It’s different if you come as an 18-year-old, unknown talented English boy to Borussia Dortmund. From then on, you can only improve. You can only make a success out of that.

“Everyone expected from him that he would be one of the best players in the team. This is psychologically and emotionally a more challenging situation than the one at Borussia Dortmund.

“These are exactly the kind of steps that he has to make to become a top player for the next 10 years at this club. We can give guidelines. We can give him a helping hand and show him we are trying to accompany him and give him all the necessary assistance that he needs, but in the end it’s up to him to take the next steps.

“Whenever I see him train, he’s one of the best players in the sessions. But it’s not only about training at the highest possible level. I said that to him the day before yesterday: confirm the performances you show in training when you’re playing on the pitch.

“With those kind of creative, offensive players it’s all about confidence, being aware of how good they can be, then showing it in front of 75,000 – or 45,000 at Villa Park.

“He has the ability to do that, there is no doubt about that. But now we have to develop him into that kind of player and the same kind of performances that he has shown at Borussia Dortmund.”