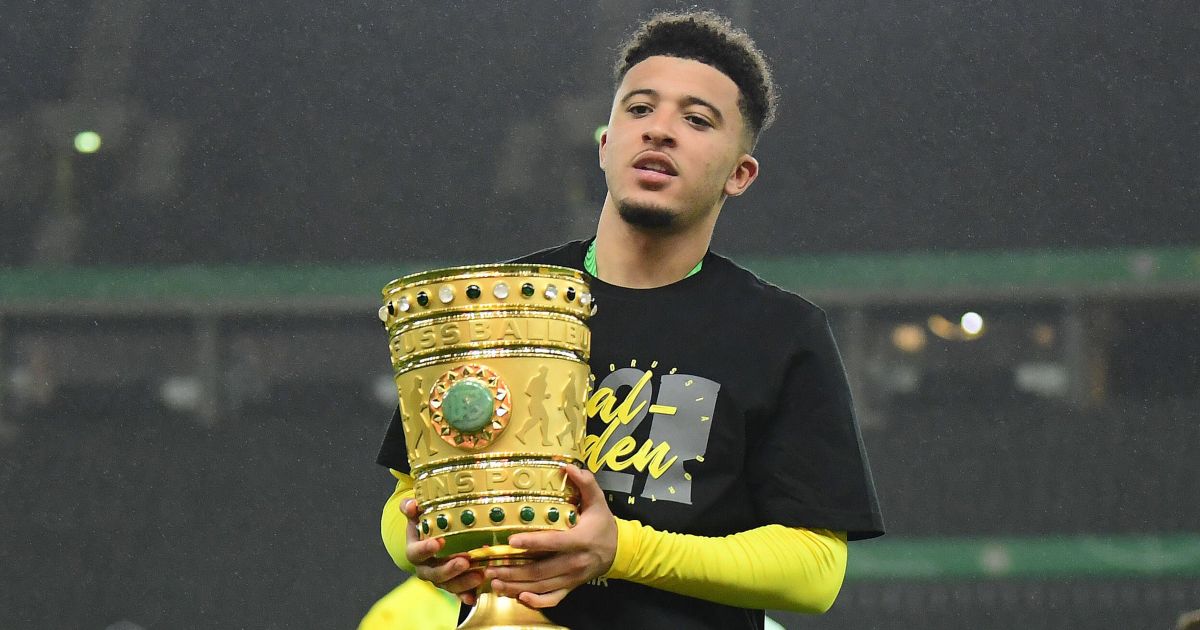 Borussia Dortmund are ready to sell Jadon Sancho this summer, if they receive a bid of around £80million.

Manchester United were locked in negotiations with Dortmund last summer over a move for the England international, but United dragged their feet in the hope the German club would reduce their then asking price of over £100million.

While Dortmund stayed firm last summer, they have now dropped their valuation to ‘a bit less than €100m’, according to transfer expert Fabrizio Romano.

He claims Dortmund’s ‘position is clear’ and they will allow the 21-year-old to leave should such an ‘important bid arrive’.

Romano says United are still interested but no official talks have been held in what is an ‘open race’.

Borussia Dortmund position is clear. Sancho will be able to leave the club this summer if an important bid arrives – bit less than €100m. 🟡⚫️ #BVB

Man United are interested in signing Sancho but no official talks/bid yet – it’s still an ‘open race’. 🔴 #MUFC

But reports last week suggest United will once again look to make a lowball offer for Sancho.

The Old Trafford hierarchy are reportedly hoping to land him for closer to £50million than £100million.

The gap in valuations could be bridged with target-based bonus payments, but Dortmund were reluctant to include any such clauses in the contract last summer.

But with Sancho increasingly keen on a return to England, the Bundesliga side could feel more pressure to part with their star forward and be more open to negotiation.

An ‘open race’ will benefit Chelsea, who are also said to be interested in Sancho and would be willing to meet the £80million asking price.

Thomas Tuchel is said to be a big admirer of the winger and that’s good news for Dortmund, who would benefit from a Premier League bidding war for their star asset.

But with Chelsea also said to be targeting two strikers this summer and with a number of options in Sancho’s position, they may back away when it comes to the crunch.