Man Utd are reportedly prepared to let Dean Henderson stay at Sheffield United until the end of current campaign. 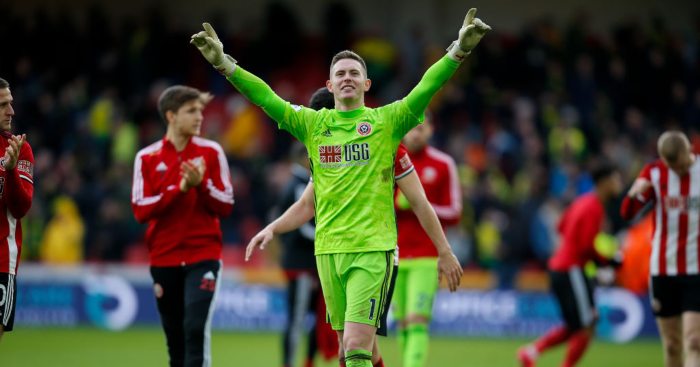 Man Utd are prepared to let Dean Henderson stay at Sheffield United until the end of current campaign, according to reports.

MAILBOX: Harry Kane is perfect for Man City, and other mails…

Fifth place could be enough to qualify for the Champions League this season if Manchester City’s two-year Champions League ban is upheld and The Sun claimed earlier this month that Man Utd faced a ‘moral dilemma’ over Henderson.

However, the Daily Telegraph claim that Man Utd ‘are ready to sanction an extension to Dean Henderson’s loan at Sheffield United and allow him to finish the season at Bramall Lane’.

Henderson will still miss the Blades remaining fixture against the Red Devils at Old Trafford but Sheff Utd are confident of a ‘positive outcome’.