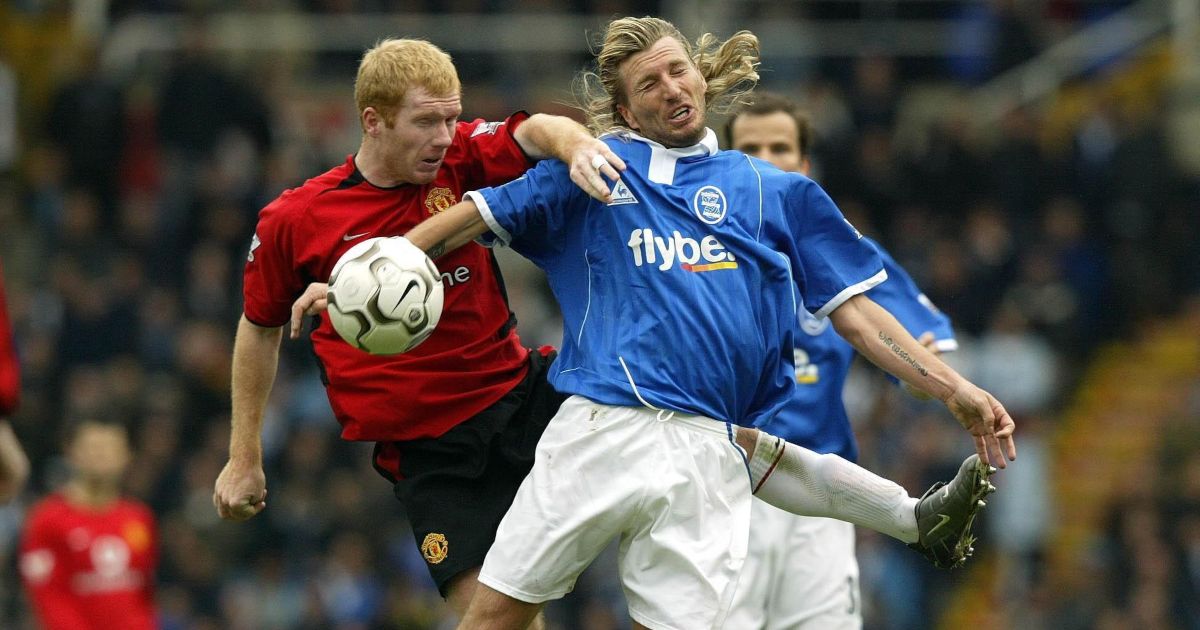 Man Utd legend Paul Scholes has named the three opponents he found it toughest to play against during his playing career.

Scholes had a glittering career at Old Trafford, scoring 155 goals in 718 appearances for the Red Devils over his 20 years at the club.

The former England international won 11 Premier League titles, three FA Cups, two League Cups and two Champions Leagues, while he was named in the PFA Team of the Year on two occasions.

But he didn’t always have it his own way with Scholes naming Robbie Savage, Patrick Vieira and Papa Bouba Diop as his toughest opponents.

“When I played central midfield I like to go into games thinking ‘I just want to have all the time in the world here, just nobody around me, just find a little bit of space and pass the ball around,” Scholes told BBC Radio 5’s Savage Social show.

“Then you play against people like you [Robbie Savage]. An absolute nuisance, trying to close you down dead quick. I don’t want that, I just want it nice and relaxed.

“The way I played I didn’t really have to beat people or be stronger, quicker than the other person.

Of his 107 @ManUtd goals, not many meant more than this 👇 pic.twitter.com/whZc0z8H64

“I suppose Patrick Vieira, you play against him he is so long, he is so big. You think you’ve got the ball, and the next minute he nicks it over your head, he was a clever player as well.

“There’s one more that people won’t think of. We used to play against Portsmouth. Do you remember Papa Bouba Diop? Big, massive. They used to call him the wardrobe.

“You get involved physically with him and you’re wasting your time. I always found him awkward to play against. He wasn’t a Vieira, of course he wasn’t, but he still had talent.”

Of Scholes, Real Madrid legend Zinedine Zidane once said: “There is no doubt for me that Paul Scholes is still in a class of his own. He’s almost untouchable in what he does. I never tire of watching him play.

“You rarely come across the complete footballer, but Scholes is as close to it as you can get. One of my regrets is that the opportunity to play alongside him never presented itself during my career.”